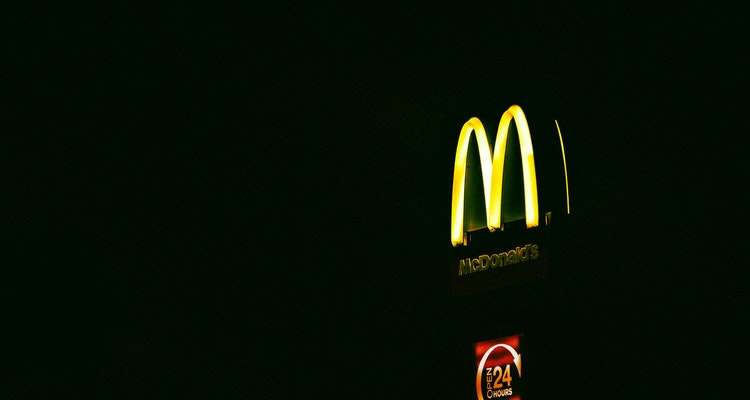 McDonald’s is continuing its digital push, most recently piloting a digital media kiosk in its flagship Oak Brook, Illinois location.

The system, called Blaze Net, operates like an ATM, but allows customers to purchase music tracks, ringtones, print pictures, or surf the web. The Oak Brook restaurant targets a more tech-savvy crowd, with the more experimental McDonald’s outlet offering less conventional items like lattes. The restaurant also promotes a sleeker, modern design, creating a comfortable fit for the media centers. As far as the rest of the restaurants go, McDonald’s believes that the new technology will factor prominently into the company’s future. Digital Transaction Machines, the New York-based company that supplies the machines, is also planning a big expansion based on the agreement with the burger giant.

Restaurants like McDonald’s have long collected revenues from movie advertising, with studios attracted to the large customer base and the pervasive nature of the fast-food industry. For a corporation with the type of reach that McDonald’s has, expanding into other areas of media is a natural next step. While promoting a specific musician or group often targets too narrow an audience, a kiosk approach allows the customer limitless choices. And the fact that McDonald’s has already entered into deals with Sony Connect and planted Wi-Fi internet
access in over 3,000 stores means that the new Blaze Net could become a long term presence. In fact, the novelty offered by the new kiosk could connect with tech-savvy customers much the way a Happy Meal does with children. That offers another targeted opportunity for the digital music industry, with the fast-food chain drawing large numbers of tech-savvy, younger buyers.