The RIAA has hammered a string of file-sharing companies over the past eighteen months, and in each case, the group has extracted million-dollar settlements and a number of favorable concessions.

The list of the conquered includes Bearshare, Kazaa, Grokster, and eDonkey, once-proud destinations that are now shadows of their former selves.  The tirade has been incredibly effective, and backed by a favorable Supreme Court ruling in MGM v. Grokster.  But standing above the wreckage is Limewire, a fan favorite that continues to gain steam.  According to February application installation figures recently published by the Digital Music News Research Group, a whopping 18.3 percent of computer desktops worldwide contain the application, a number that easily eclipses its nearest rivals.  In a recent focus group panel at 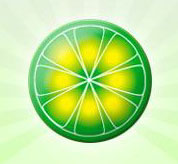 Music 2.0 in Los Angeles, John and Jane Does repeatedly expressed a heavy preference for the application, an unsurprising result that reaffirms the monitoring data.

So, if the application is so powerful, why has it taken the RIAA so long to successfully sue or settle with parent company Lime Group, LLC?  After all, the company first received a cease-and-desist letter from the RIAA in September, 2005, and the lawsuit was first lodged in August of 2006, both distant memories in technology timetables.*  In a discussion this week, the RIAA pointed Digital Music News to a protracted legal process, one that the group only has a certain level of control over.  “They respond.  We respond.  They respond, etc. Then discovery.  These things take a long time,” said RIAA representative Jonathan Lamy during the Tuesday discussion.  That certainly sounds familiar to barristers everywhere, though more information suggests that the RIAA could be facing a more difficult legal challenge than most think.  According to one insider, Lime Group chief executive Mark Gorton has been preparing for a fight for years, and a more secure defense could emerge.  One source close to the organization also noted that there were “no internal emails” and “no paper trail” indicating that the group knowingly encouraged copyright infringement, a critical component of the inducement test for the courts.  Meanwhile, earlier efforts by Limewire to structure an amicable, licensed P2P system with major labels now appear dead, thanks to relative disinterest on both sides of the table.