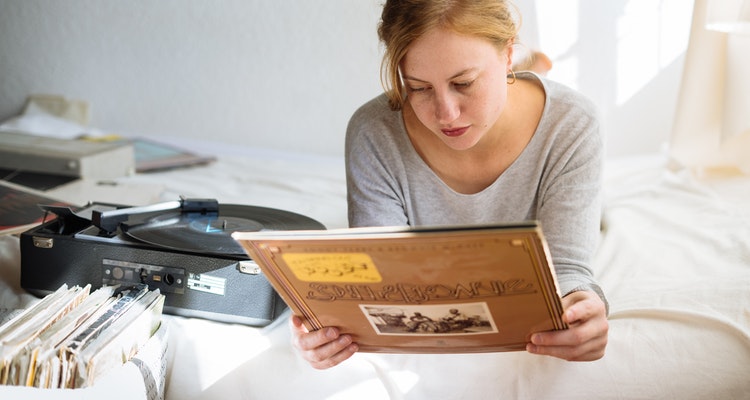 The album once represented the complete expression of a musical artist, and fans would often wait years for another masterpiece to arrive.

In its highest form, individual songs were like movements in a symphony, powerful on their own but connected to a larger statement.   But even during the peak of the album format in the 60s and 70s – and arguably in the 90s from a revenue perspective – the role of the hit single remained incredibly important.  The reason is that the album and its singles were largely a closed experience until purchased, and fans were unable to enjoy its on-demand benefits until they paid the piper.  Sure, some albums sold incredibly well without a hit, but those were mostly from immensely large artists that carried unmatched levels of creative flexibility.  In most other cases, artists used the single to develop broader purchases, and thread longer-lasting careers.

The current decade could be remembered for the death of the album, but music fans still love a hit.  Just hop into any club in any city, and witness how songs like Mims’ “This Is Why I’m Hot” or Rich Boy’s “Throw Some D’s” excite the crowd, in their original or remixed versions.  Some things haven’t changed, but the underlying fundamentals of music commerce have.   The song is still the coveted commodity, but the album is now entirely optional.

In that context, Apple recently unveiled its “Complete My Album” initiative.  The concept allows music fans to credit purchased singles against a larger album download, a nice up-sell opportunity.  The result?  iTunes will sell more albums, but not enough to truly shake the balance for labels.  The reason is that consumer behavior has changed fundamentally over the past few years.  The album purchase is increasingly becoming a sideshow, and usually exercised for a small group of highly-esteemed artists.  Anything less than top-shelf is passed over, at least in quantities greater than one song.

It’s tempting to view this release as a desperate attempt to resuscitate the album format.  The album nosedive recently attracted the coverage of major outlets like the Wall Street Journal and New York Times, and everyone loves a play-by-play story.  But it’s not clear that anyone – labels or Apple – are viewing this as a desperate measure of life support.

Instead, Apple is spinning a classic business trick – the up-sell opportunity.  After all, once the consumer is in the door with a singles purchase, demand for the artist could be building.  Why not offer a bigger piece of the experience at a discount?  This is something that consumers see everyday, whether it’s a supersized McDonald’s meal or a premium tier of cable television.  And by erasing the need to purchase the single twice, Apple once again shines for being consumer friendly.

But make no mistake, Complete My Album is playing on a new field, one in which consumers whimsically elect to purchase more – or less – of an artist they like.  That is, if they opt to pay for it at all.  And in that context, Complete My Album will probably enhance download revenues to an extent, but not enough to make a meaningful difference.