Resnikoff’s Parting Shot: What I Really Learned at Midemnet This Year 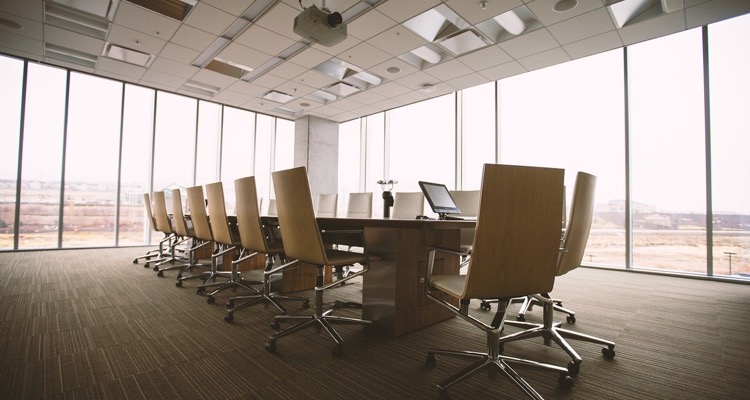 Artists, executives, technologists, and journalists all want answers; they want something big and juicy.  In the case of Midem, planted in January, they also want some guidance for the year.

But Midem is a mere mortal of a conference, and anyone looking for smashing change or direction is going home empty-handed.  Still, the South of France is often good at telling the trends and motivations of the industry, especially since so many larger names and companies are assembled in one place.

So, what are the lessons for 2009?  Amidst a raft of presentations, gatherings, and meetings, some takeaways started to emerge.

(1) Disruption is still winning, and consumers are still driving this revolution.

The British industry was front-and-center at Midemnet, thanks to its proximity and heated activity.  Perhaps the Brits are prone to pontification, but endless debates, platitudes, and soundbites offered little hope of substantive change ahead.

Specifically, British labels appeared hopelessly at loggerheads with ISPs, and unable to forge a meaningful agreement without government intervention.  Sure, talks are happening, and some resolutions could be announced over the near-term.  But the underlying feeling was that consumers are driving this game, and the music industry – British or otherwise – is likely to be defined by their media consumption patterns in the future.

That said, momentum continued to surround ISP-driven offerings, particularly following successes from providers like TDC in Denmark.  Still, executives from ISPs were largely absent from the event, or at least assuming a low profile.

(2) The economy is not as bad as you think… at least not yet.

This time around, Midemnet had fewer attendees, fewer flashy parties, more open seats at cafes, and a simpler vibe.  But a serious executive population is still present, as are crowded booths from serious companies.

And, some things are pleasantly absent.  The over-bloated, over-financed startups are nowhere to be found, and bigger companies like BlackBerry-owner RIM, Google, MySpace, and Nokia grabbed most of the attention.

In terms of mood, most were ready to do business.  Executives are not crying into their beers, though they may be ordering an extra pour.

(3) The DIY, direct-to-fan revolution is happening at every artist level, with tremendous variation and differing results.

Radiohead and Trent Reznor are the biggest examples of do-it-yourself success, though others are also forging new ground.  At the superstar level, that includes Pearl Jam, though smaller artists like Jill Sobule also showed that direct-to-fan marketing can pay dividends for the creative mind.

Obscure artists are also blessed with unprecedented tools for music creation, marketing, and fan outreach.  But this area remains early, and best practices are still being written.  Indeed, it remains unclear if a collective class of DIY artists can comprise an industry, or evolve into an oft-fabled artist middle class.

(4) YouTube is really not that lucrative, at least not yet, and that means more disputes ahead.

Google vice president David Eun is clearly frustrated with Warner Music Group, and the broader music industry, for that matter.  Warner harbors similarly-unsavory feelings.  But music is a core component of YouTube, and bottom-scraping CPMs mean modest payouts for everyone – at least outside of Universal Music Group.

The issue is part of a much larger problem.  Despite a plethora of digital outlets and opportunities, the payouts are still much smaller.  Jeff Zucker of NBC once lamented that content companies are “forced to trade analog dollars for digital pennies,” and the rift over YouTube offers the latest iteration of that trend.

(5) The artist deal is continuously being rewritten, and artists have more options than ever.

Don’t call it a “360-degree deal,” better to use the phrase “multi-rights deal” to avoid burning the concept out.  The old news is that major labels are almost always seeking all-encompassing deals from the onset.  But artists at all levels have more options than ever.

More developed artists can establish direct-to-fan relationships, and construct partnerships for specific needs like distribution and publishing.  Early-stage artists no longer need a deal, though the right label (or other) relationship can generate serious marketing, publishing, licensing, and touring benefits.

But labels have more competition than ever when it comes to securing artist relationships.  Live Nation is the most glaring example, but everyone from television networks, consumer brands, and mobile companies are now playing this game.

(6) Mobile companies still want in, but the buzz just ain’t the same.

The hottest developments in mobile music are happening on the iPhone, thanks to a thriving app store and serious cool factor.  But the blue-sky days of booming ringtones and OTA optimism are over.

Instead, calmer discussions prevailed at Midemnet.  Against an iPhone headwind, BlackBerry is planning to deliver its own app store in March at CTIA, according to a timetable revealed by RIM co-CEO Jim Balsillie.  That means “dozens of apps” beyond current offerings by Slacker, FlyCast, Strands, Nobex, and others.  The store is part of a larger strategy to transform the heavily-used BlackBerry beyond a business weapon.

Elsewhere, Nokia indicated that its currently-underperforming Comes With Music will expand into Europe, beyond an initial, British footprint.  The roadmap, delivered by Nokia executive vice president of Entertainment Dr. Tero Ojanpera, also includes near-term rollouts in Australia and Singapore.

What else?  Distressed Sony Ericsson was also rattling, specifically with a Universal Music Publishing deal.  The mobile joint venture will stream Universal Publishing artists within its PlayNow Uncut offering, a showcase for emerging artists.

(7) This isn’t your father’s South of France.

Getting away is nice, though hyper-connected communications and media tools make it easier than ever to connect to home.  NFL playoffs commentated in French, a streaming inauguration, and Skype calls across multiple time zones are just some signs of a shrinking world, one that is completely revolutionizing the music industry.