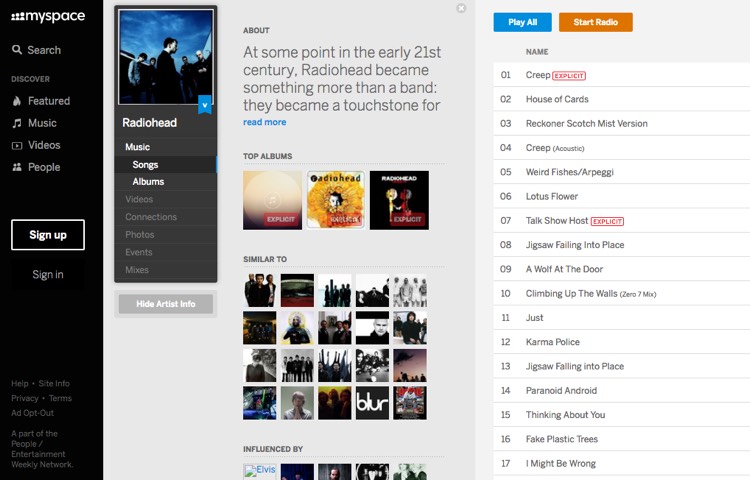 MySpace Music has delivered a quick, one billion song plays, according to information shared midday Wednesday.

That lists skews heavily towards mainstream, major label content, an unsurprising result.  The list is also urban-heavy, though other top-charting artists include Jason Mraz, Katy Perry, M.I.A., and David Archuleta.  Meanwhile, independent labels are continuing to negotiate for inclusion, though groups like Merlin and A2IM have been highly-critical of the venture.  The most important concern surrounds the absence of equity percentages for independent groups, though distributors The Orchard and IODA appear less attached to that component.

The Orchard is currently loading its catalog onto the site, and other independent content is coming from major-controlled distributors ADA, RED, Fontana, and Caroline.