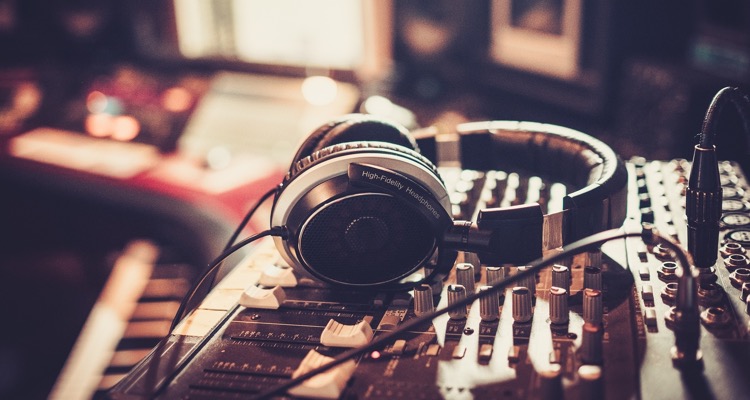 The year proved difficult for an already-disrupted industry, though “accelerated transition” could be the best description of current forces at work.  As in previous years, consumers continued their shift towards digital formats, and free continued to beat paid.  But a widespread economic downturn appears to be intensifying a long-running disruption.

Labels – both major and indie – once again found themselves weathering the brunt of a plunging CD.  But the trend is worsening.  By the fourth quarter, pre-recorded CD sales were slipping approximately 20 percent year-over-year, and Christmas shopping volumes appeared weak.  Indie distributors started feeling the pressure, and many entered bankruptcy.  The dire backdrop raises the question of whether 2009 will be a make-or-break year for labels, and the broader recording industry.

Still, an elite class of superstars managed to thrive – AC/DC quickly scored double-platinum sales, and Usher grabbed a Diamond accolade on a 2004 album.  But the broader softening still means lower revenues, and most artists are swimming in shallower waters.

Superstars also found themselves battling pre-release leaks, almost an automatic occurrence in 2008.  The list of top-level artists dealing with high-profile leaks included Usher, Metallica, Coldplay, Nas, and Lil Wayne, among many others, though the impact on sales – positive or negative – remains unclear.

That was just one of many stressful moments for the big four.  At the onset of 2008, the freshly-acquired EMI Music started a serious round of layoffs.  The multi-month process ultimately pushed past 1,500, and the cast of top-level executives shifted throughout.

Quarterly reports were mostly disappointing at major label groups, even Universal Music Group.  But some executives kept collecting handsome payouts, including the top brass at Warner Music Group.  In August, Lyor Cohen cashed out $6.8 million in shares, just one example of an executive compensation structure at Warner that kept investors wondering.

Still, majors are making changes, and one of the biggest announcements came at the end of the year.  Just ahead of Christmas, the RIAA announced that lawsuits against individual file-swappers would be discontinued, in favor of broad-based ISP enforcement measures.  The RIAA decision comes several months after a major, multi-industry agreement in the United Kingdom, one that includes mass-mailings of warning letters by ISPs to suspected infringers.  But as 2009 begins, serious questions surround the nature of the RIAA agreements, and the willingness of US-based ISPs to cooperate.

Conversely, another major shift happened at the beginning of 2008.  A DRM-free leap started by EMI in 2007 spread to the other majors, and by January, AmazonMP3 was offering MP3s from all four majors.  That set the stage for a massive, Pepsi-powered Super Bowl promotion, though the broader impact appeared modest.  A raft of other music stores were soon granted DRM-free access.

Those were big steps, though external winds proved powerful.  By September, a serious economic crisis started rippling through nearly every business sector and nation.  Stocks like Warner Music Group (WMG) and Live Nation (LYV) brushed all-time lows, and even Apple (AAPL) now trades at a seriously-depressed valuation.  The Wall Street malaise was complemented by widespread layoffs across a number of music-related companies.

Others managed to grow, market issues notwithstanding.  YouTube continued to amass users and views, and despite ongoing issues, players like Pandora continued to expand.  On the gaming front, Rock Band turned into Rock Band 2, and Guitar Hero expanded into a World Tour.

Other areas simply started to plateau.  That includes paid downloads, which appear to be leveling at roughly two billion annually, at least according to iTunes Store figures.  Apple is also losing steam on its darling iPod, though the iPhone was all the rage in ’08 – both for Apple and an army of application developers.  The latter class now includes music-related companies like Pandora, Sonos, and Shazam, as well as labels like Sony Music Entertainment.

On the M&A front, Buzznet acquired Stereogum and Idolator, part of a music blog roll-up.  Imeem scooped the distressed Snocap, Sony Corporation of America purchased Gracenote for $260 million, and Disc Makers purchased CD Baby for $22 million.  Best Buy purchased Napster for $121 million, though other takeover attempts were dropped, including a bid for SanDisk by Samsung.

And what about mobile music?  The once-heady area was surprisingly cool this year, at least in the West.  Ringtones are now past their prime, and hopeful formats like OTA downloads have failed to break through.  On the hardware side, Sony Ericsson experienced softer demand for music-specific devices, and downer financial results.  On the broader mobile stage, the bigger breakthrough is coming from a more complicated class of smartphone, a group that includes the iPhone.

The year also witnessed the heavily-hyped rebirth of MySpace Music, thanks to the blessing of major labels.  But independent playlisting startups Muxtape and Mixwit exited, while Project Playlist and Seeqpod continued to tussle with the majors.

At Yahoo Music, it was the year of the outsource.  By February, the company offloaded its subscription service to Rhapsody America.  By December, the company outsourced its streaming radio offering to CBS Radio.  CBS also started powering AOL Radio in March.

Perhaps the biggest flop of the year goes to Qtrax.  In January, the company staged a massive coming-out at Midem in France, though major labels quickly pointed to nonexistent licensing deals.

Starbucks had a tough year, and music-related initiatives were largely shuttered.  The shift followed a scathing review of the initiative by the New York Times in March.

On the performance side, Live Nation continued to make serious moves.  The company announced plans to create a homegrown ticketing solution, a move away from Ticketmaster.  The mega-deal spree also continued, specifically with Jay-Z, U2, Shakira, and Nickelback.  But internal discord soon followed, and a late-year options cash-out by U2 raised questions on whether the aggressive Live Nation strategy makes sense in the current economy.

Meanwhile, Ticketmaster acquired a controlling interest in Front Line Management, and appointed Irving Azoff as the CEO of its newly-minted Ticketmaster Entertainment unit.

In satellite radio, Sirius Satellite Radio and XM Satellite Radio finally got their merger approved by both the US Department of Justice and Federal Communications Commission.  But massive debt and an overbearing overhead are threatening to overwhelm the combined company in 2009.

Elsewhere, artists continued to exercise their independence in 2008.  Radiohead may have been the story of 2007, though Trent Reznor helped to carry the mantle into 2008.  The NIN frontman rustled a quick, one-week purse of $1.6 million, based on direct-to-fan sales of Ghosts I-IV.   On a broader scale, artists large and small continue to question the merits of the major label arrangement.