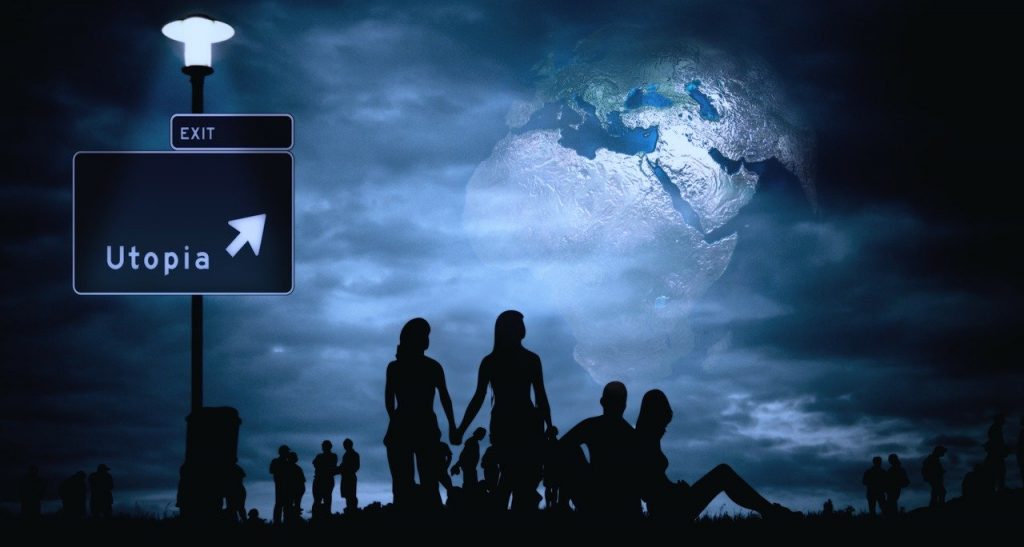 Everyone loves a utopian ending, especially in the music industry.

But the marketplace always delivers something different.  Usually a variant of the original idea, often smaller than the bigger vision.

Take the Long Tail.  Chris Anderson so eloquently pointed out that fans can find their niche, and niche artists can find their fans.  Indeed, Swahili banjo music can dance with its audience, a connection can be made.  Additionally, the media landscape is getting continuously fragmented, and channels keep proliferating.

All major media changes, though big hits are still happening, and big stars still exist.  Check the BigChampagne TopSwaps chart, and the top is stuffed with heavy-hitters: Rick Ross, Lil Wayne, Lady Gaga, Nickelback.  Sure, Ross can barely sell 150,000 albums in the US in his debut week, but that is more a reflection of a sinking CD than the popularity of this artist.  Ross is a major rap star, not a niche flavor for a niche audience.

And so the future plays itself out in real time.  Meanwhile, the marketplace is starting to stress-test another seemingly utopian concept – the DIY, middle-class artist.  An artist that can directly build a fan base, and sell directly to a targeted group of believers.  Without complicated company contracts, legal problems, filtering, or middlemen.  Indeed, this is the only real path for the middle-class musician, the troubadour next door that quit his day job for something better.

Of course, this has been going on for a long time.  Stars like Radiohead, Trent Reznor, and Prince are blazing the path, though these are anything-but middle-class success stories.  The machine that created those stars is now getting dismantled, and lesser-known talent is playing an entirely different game.  But can enough artists win, quit their day jobs, and play their songs while sending their kids to college?

Some are doing it.  The middle-class artist exists, and many have contacted Digital Music News with reports of success.  But is this a robust future group, a large number powered by the likes of ReverbNation, for example?  DIY entrepreneurs like Ian Rogers want to pave that future, though it remains unclear just how many middle-class artists the marketplace will support.  Will it be just a few here and there, or a substantial number that have walked away from their barista careers for good?

The utopian version is that anyone with enough talent and dedication can support themselves, however modestly.  That the fans will respond, and support quality.  Instead of blown-out groups, the DIY vision calls for a bigger number of smaller artists, each empowered by their direct-to-fan databases.

Sounds lovely, though the reality will probably be something less romantic.  Quitting the day job is one thing, though slaving away for a modest music wage is another.  Is the life of a middle-class artist like an early-stage entrepreneur – huge vision, endless work, major quality-of-life challenges, serious burnout potential?  So far, being middle class with a guitar means working tirelessly, and juggling fan-building, touring, and creativity while trying to get enough sleep.

Sure, artists have the ‘tools’ to connect, to host, to create easily.  ReverbNation, TuneCore, GarageBand.  But does that mean that a huge DIY population will exist?  Or, more importantly, will enough targeted fanbases exist to support a substantial group?  Those are the questions currently being answered by the marketplace, a process that could take years.

But once the situation settles, the terrain will be anything but utopian – some remarkable success stories will exist, and a significant number may be enjoying their DIY careers.  But a large number may fall short, unable to crawl into the middle class, at least with a guitar in hand.