Imagine That: A Videogame With Real Guitars 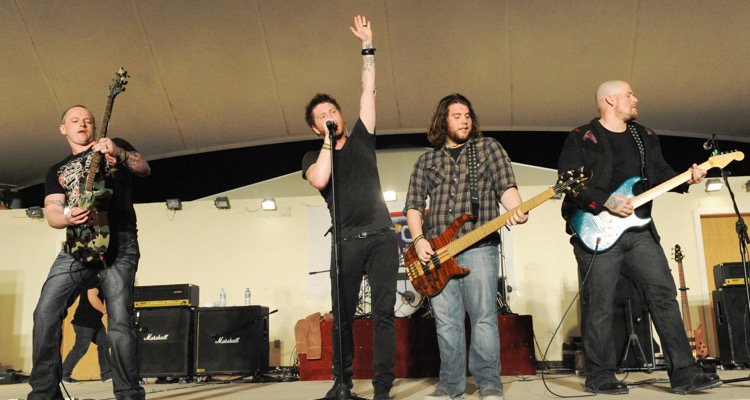 And even gamers can relate – there’s just something sacrilegious about playing Santana licks with a plastic axe.  Of course, real guitars never went anywhere, though plenty of Guitar Heroes have hardly touched a real fretboard.

Now, something new is hitting the scene.  Boston-based Seven45 Studios is preparing the release of a Guitar Hero rival that features an actual guitar.  Eric Clapton, Dave Matthews Band, and Kid Rock are among those lending songs to Power Gig: Rise of the SixString, expected to hit stores October for PS3 and Xbox.  “It thrills us to know artists of their caliber agree we are breaking important ground by delivering a game featuring an authentic guitar that absolutely anyone can pick up and play,” relayed Seven45 Studios chairman and CEO Bernard Chiu.

This taps into a generational rift.  In an earlier era, kids rebelled with blaring rap, metal, punk or another offending genre.  Now, those kids are adults, and confronted by the newer tastes and technologies embraced by their offspring.  Perhaps an endless cycle, and one that offers Seven45 a market opportunity – especially for those whose musical worlds would be incomplete without real frets, strings, and wood.  “I was never interested in pressing buttons on a guitar to entertain myself or anyone else,” said Kid Rock.