If you think the concert industry is simply toughing it out, then you might want to take a look at the latest numbers.

Moreover, this downturn appears to be striking different types of fans – heavier attendees, lighter attendees, and those in-between.  Consider the following: 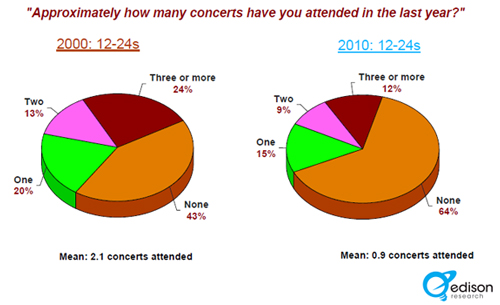 So what’s happening here?  Edison put huge blame on the Great Recession, though broader, secular effects are harder to pick apart.  “The concert industry – once seen as the great hope of music – has been whacked by the economy,” the Edison report declared.

The concert finding is part of a much broader demographic report, one actually more geared towards traditional radio listening.  And predictably, Edison surveys showed huge dips in terrestrial radio listening.  But radio still plays a critical role in discovery – both for new music, new artists, and upcoming concerts. 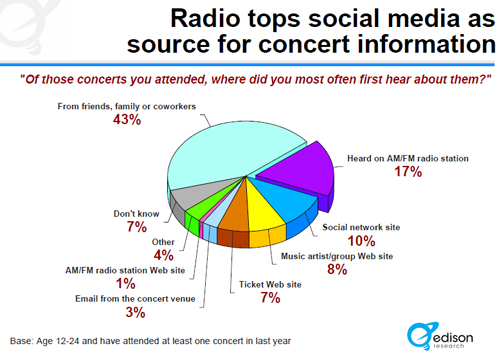