The Number of New Releases Is Suddenly Nosediving

Just 1,215 albums sold more than 10,000 units in the US last year, according Nielsen Soundscan stats.

So what’s going on?  Counting questions immediately come to mind, simply because anyone can release an album these days.  That includes that magnum opus of farting noises, and not every album is registered with Soundscan.  Yet Nielsen is applying a similar methodology year-over-year – though ardent critics of that methodology and inclusion process include Tunecore CEO Jeff Price.

This data also aggregates both physical and digital releases. 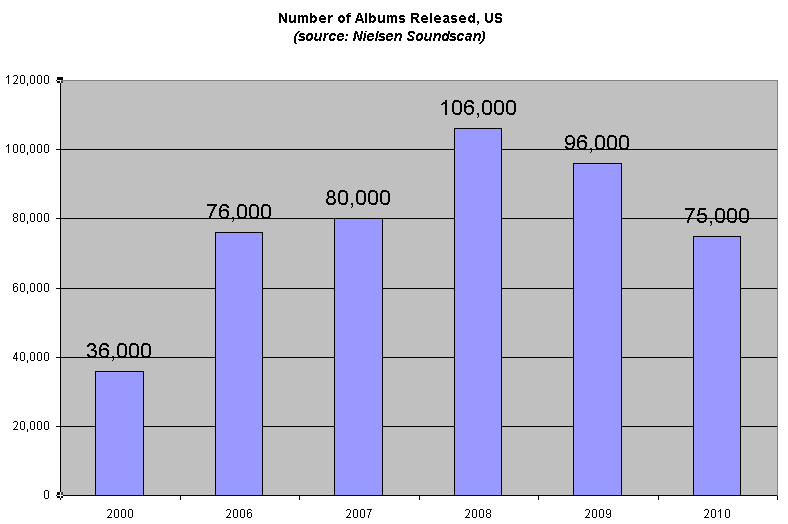