It seems like such a low number, yet the same rough estimate keeps surfacing. “The consumer goes to one-and-a-half shows a year,” Live Nation CEO Michael Rapino told investors in Boston last week. 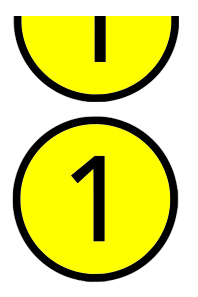 It sounds familiar.  Earlier this month, Songkick founder Ian Hogarth pegged the number at just one show a year.  And this is typically a special event, not a casual night out.  “They get incredibly excited about it,” Hogarth told an audience at SF MusicTech Summit.

But why not two, three, or four times that average?  Rapino pointed to some serious, structural misses – or, opportunities depending on the perspective.  “As we know, 40 percent of tickets are unsold, and 50 percent of consumers said ‘I didn’t know about the show or I would have gone.'”

But pricing could be the bigger culprit.  On that note, Rapino pointed to a serious pricing problem last year, one that considerably cooled attendance.  “Historically, the business has always talked about being recession-proof, and we learned last year that’s maybe not true anymore,” Rapino admitted. “But the consumer will come if you price it right, even when the economy is stressed.  Last year, they didn’t price it right.”

So, shave prices across the board?  Exactly. Rapino pointed to Prince as a prime example of a quick-footed response.  Instead of going the nosebleed route, Prince charged a $25 all-in ticket price, and recently filled seats for 21 nights at the LA Forum.  “We definitely know from last year that consumers will pull back from some of those casual shows or higher-priced tickets in these times,” Rapino observed.  “But coming out of 2010, if you’re a smart manager or agent, you’ve seen what happened last year.  And you’ve probably thought really hard about how you’re going to price the ticket – and how you’re going to make sure you’re not the poster child on the canceled show.”