The Lessons I Learned from a $10,000 Kickstarter Campaign 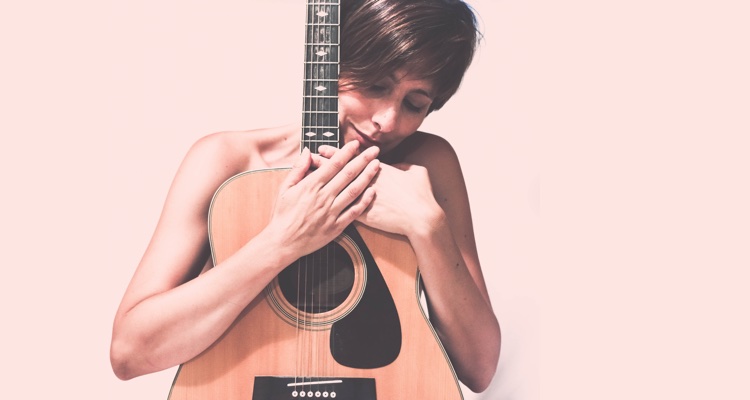 Caren Kelleher is the manager of unsigned bands True Mad North and The Lighthouse and the Whaler.

She is also the business development lead at Songkick and an HBS grad to boot. Here, she talks about some surprising lessons learned while raising $10,200 in Kickstarter cash for Lighthouse.

In 1792, Ludwig van Beethoven was out of cash, living at home, and working a day job.

Though he had been an apprentice to the great musicians of Vienna and was even declared “the new Mozart” by the Magazine of Music, Beethoven had yet to find a constant revenue stream to support his career.

Lucky for Ludwig, some noblemen in Vienna recognized his talent and came to the rescue, offering patronage in the form of grants, just as aristocrats did for Renaissance artists.  In those days there were no record labels fighting to sign Beethoven, nor publishers interested in royalties; instead there were just some influential fans that had an interest in keeping this musician around – and spreading their considerable cultural influence.

Today, as we watch the labels shift and recorded revenue streams dry up, the idea of patronage has resurfaced.  Platforms like Kickstarter and Pledge Music market themselves as direct financing engines and have helped artists raise some serious cash.  And this can work: I just raised more than $10,000 on Kickstarter, but not before learning some surprising lessons.

Early patronage came around when music was a cultural, not capitalistic, undertaking.  Even now, when bands can offer recordings, t-shirts and collectibles, early fans are still in it for the influence, not the swag.

Consider a sample of thirty recently-successful music projects on Kickstarter.  In comparing the number of backers against pledge packages selected and dollars raised, it turns out that 30% of funding came from backers that did not select merchandise packages to match their pledge amounts.  In other words, one-third of each successful Kickstarter project came from fans that either didn’t want stuff, or bought it separately on their own.  It turns out that superfans simply aren’t that motivated by merch.

That would explain the frustrating results for a number of fan-funded start-ups built on incentives.  They offer things like stock options, exclusive merchandise, and access to artists.  But nothing has really taken off, because that is not why fans generally lend support.  If fans were motivated by finances or freebies, they would be in the music business.

Beethoven may have collected tips in Viennese cafes, but those micropayments didn’t finance great symphonies.  Likewise, promising musicians will not build careers on micropayments alone; they will require larger individual investments from modern-day patrons. This is already happening, whether or not artists are aware of it.

It is hard to derive real insight from the successes of d-to-c financing campaigns, absent case studies. Yet one artist recently told me that he received a $2,000 Kickstarter pledge from a man who wanted Executive Producer credits, even though that was not an advertised pledge package.  I have also met former industry executives and financiers who are now operating as cultural investors, just like Viennese aristocrats of Beethoven’s day.  But these days, the motivations could be philanthropic, cultural, or part of a strategic career move.

3) Most fans won’t donate, no matter how hard you try.

This is the hardest thing to get over.  But unless an artist discovers himself to be the Pied Piper and mesmerizes everyone within earshot, artists of the future will find it increasingly difficult to compete for fans’ attention and wallet-share. This will be especially true as more and more artists pursue the same financing routes and overwhelm fans with the same call to action.

Consider the numbers I encountered.  Just 1.3% of The Lighthouse and the Whaler’s online fans contributed to our Kickstarter campaign – a good response rate were it a traditional direct marketing campaign.  But few DIY bands would know that to be normal.  The consequence is that many will look at their Facebook or MySpace fan counts and overestimate how much money they can raise.

Yet this is ultimately the wrong number game.  Not all fans are created equal, yet history has shown that it takes just a few important fans to make a huge difference. The artists that recognize this will differentiate themselves, at least when it comes to financing.