Best Buy Is Launching a Music Cloud. But Where’s Napster? 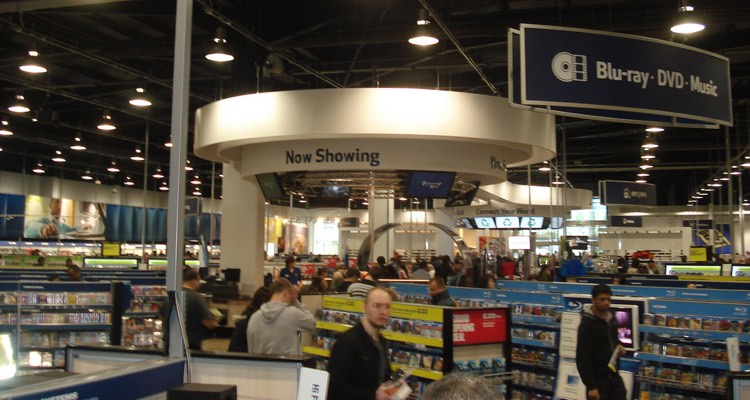 Add Best Buy to the list of music cloud competitors, though Napster seems suspiciously absent from the plans.

We first learned of the  Best Buy Music Cloud initiative through Catch Media, Inc., a London-based media technology partner that has already launched cloud-enabled music services for Best Buy in the UK. Now, a full-blown, scan-n-match cloud is crossing the Atlantic, one expected to mirror Apple’s iCloud or Amazon’s Cloud Drive.  “The fully-licensed service is expected to be rolled out in the US over the summer in cooperation with the music industry,” the company informed.

In the UK, the ‘Music Anywhere’ service just expanded into Android devices, adding to existing iOS and Blackberry compatibility (you can actually download the Android app in the US as well).  The British version has the blessing of all four majors as well as leading independents.  “This is the only scan and match cloud streaming platform compatible across so many devices and all major mobile operating systems supported by the music industry,” Catch shared.  The service is being offered by Best Buy UK, as well as the Carphone Warehouse, which is owned by Best Buy. “We look forward to launching a similar service across the US over [the] summer,” relayed Catch Media’s CEO Yaacov ben-Yaacov.

We wondered why Napster wasn’t included in any of these rollout plans, and none of our sources had answers (at least not yet).  In September of 2008, Best Buy plucked Napster for $121 million, seemingly the perfect starting point for a music cloud.  After all, subscription itself is by definition cloud-enabled, and sources noted that Napster has the infrastructure to pull off a scan-n-match, iCloud-style expansion.

This wouldn’t be the first time a huge company acquisition wasn’t fully integrated or maximized.  But more aspects of this launch may be forthcoming, especially ahead of a formal Best Buy announcement.  On this topic, Catch Media seemed to know little about what role Napster would play, if any.

And what about label licenses?  We just went through months of licensing drama involving Google, Amazon, and Apple, though Catch seems quite confident that its US-based licensing is in the bag – and transferrable.  “Catch negotiated for over two-and-a-half years for its post-acquisition licenses,” an executive told Digital Music News.  But when pressed on details, Catch declined to offer anything on specific sign-offs.  “Catch Media can’t go into full details about the forthcoming service Best Buy Music Cloud, accept to say that it is a licensed service, as per Catch Media’s whole business model of creating a licensed cloud service.”