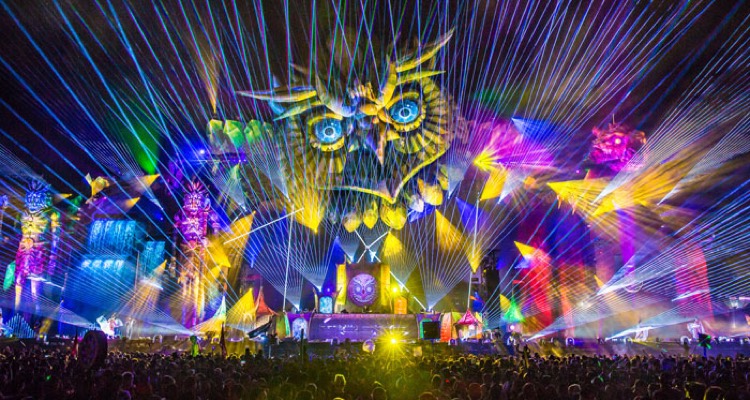 Funny the things that happen after a movie premiere riot.

Perhaps predictably, the ‘Electric Daisy Carnival Experience’ theater tour has been cancelled by AMC and Regal theaters, thanks to the mobbed, chaotic meltdown outside the Hollywood premiere last week.  Meanwhile, police are still sifting through the aftermath of a situation that required the shutdown of several city blocks, mass arrests, and attacks on police and equipment.

Whether that means similar problems will erupt outside other theaters remains unclear, but hey – why take the risk?  In reality, the likelihood of theaters jumping ship seems high, though Insomniac Events is pointing to continued participation and support.  “We are very disappointed that Regal and AMC theaters have abruptly decided not to show the ‘Electric Daisy Carnival Experience’,” the group responded. “[The theater tour] has not been cancelled and will continue to be shown in hundreds of theaters nationwide.”

One question is whether Insomniac should be getting blamed for all this, especially since the riot involved those who weren’t invited.  “It is extremely disheartening that some theaters wrongly associated an unaffiliated block party, and its disorderly crowd, with the private screening of the film,” Insomniac continued.  “The individuals who caused problems outside of our movie premiere were not the same audience, which wants to buy tickets to the film, just as the same people that cause disturbances after a sporting event do not represent all fans of that team,” the group offered.

But is Insomniac actually navigating a ‘good problem,’ one that grows the Electric Daisy Carnival brand, boosts attendance and further fuels the electronica surge?  EDC is mostly attended by much younger fans, a group that throughout history has thrived on generational opposition and conflict, limitations imposed by ‘the man,’ and the irrestible allure of things like bans.

And, the ‘grown-ups’ are doing more than their part to single out this genre.  Violence, drug use, and rioting routinely surround LA-based sporting events (Dodgers attacks, Lakers rioting, etc.), but municipal officials have already barred EDC from happening in its city.  And beyond city limits, mega-plex owners could seriously limit these screenings.  Banned in your town… it all makes electronica seem like the new rock n’ roll, and the perfect movement for a newer generation.