Madonna’s Brother Is Currently Sleeping Under a Bridge In Michigan…

Could there be a starker commentary on America right now? Try this for income inequality: it turns out that Madonna’s older brother Anthony Ciccone is now sleeping under a bridge in Traverse City, Michigan, after a fallout with the family.

And this is a ‘gruesome,’ sub-zero existence: in unforgiving temperatures, Ciccone has already suffered frostbite on his feet.  “My family turned their back on me, basically, when I was having a hard time,” Anthony Ciccone told the Michigan Messenger. “You think I haven’t answered this kind of question a bazillion times — why my sister is a multibazillionarie, and I’m homeless on the street?” 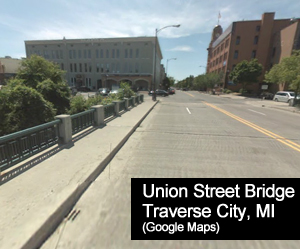 There are plenty of unanswered questions here, including why Anthony was asked to leave the Ciccone winery business in the first place.  And, why the family then decided to completely disown and abandon Anthony. Ciccone Vineyard & Winery is in nearby Suttons Bay, Michigan, where a Madonna-branded wine is among the bottles sold.

But regardless of why Anthony was disowned, the penalty for screwing up is now harsh.  The elder Ciccone, 55, has been surviving the streets for roughly 18 months and counting.  “If you spend enough time on frozen concrete without proper insulation you will get frostbite,” he described. “You have no idea how gruesome it is.  You get nerve damage.  That’s the milder stage, in the severe stage you have tissue damage, that is when you lose parts of your body.”

Ciccone chose Traverse City because of an extensive network of philanthropic churches, and more reliable meals and support.

“Never say never,” he said. “This could happen to anybody.”