Study: A Majority of Musicians Are Making $0 from Streaming Platforms

That was the big thud from a presentation by the Future of Music Coalition, delivered Monday at SF MusicTech Summit.

“Streaming services are not a significant revenue stream for musicians, yet,” the Coalition’s Kristin Thomson told a packed audience, with an optimistic emphasis on ‘yet’.  “There was hope expressed by interviewees that this would be a much greater revenue stream in the future.  But the survey shows that most artists aren’t seeing any money from streaming or it’s not enough to make a dent in their pocketbooks.” 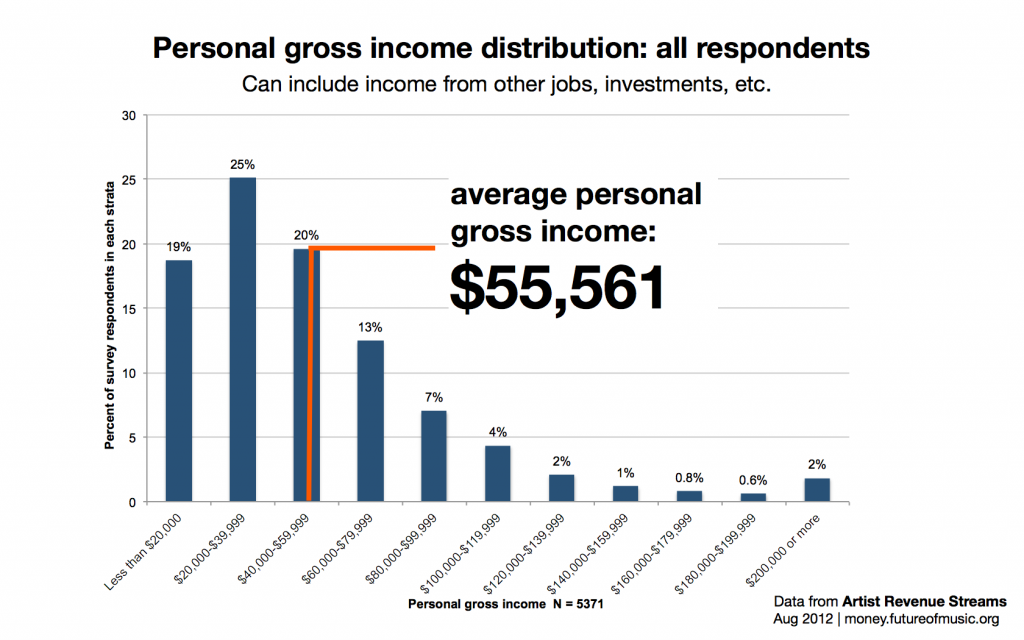 And, the ratio gets even worse for radio services like Pandora (ie, non-interactive streaming), which looks like this: 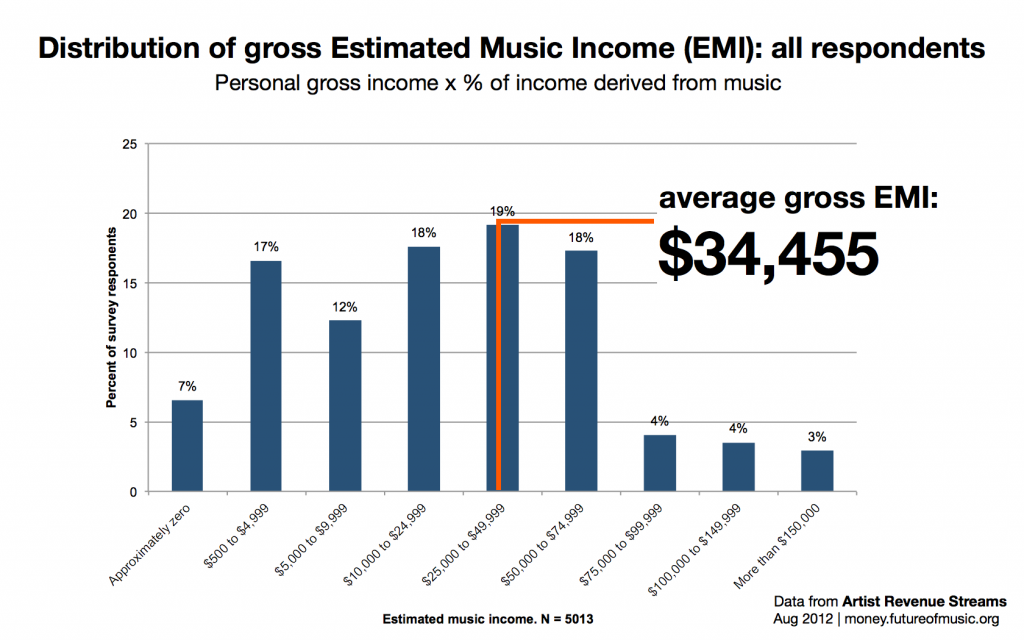 Instead, the real digital breadwinner remains iTunes, by a longshot.  “Overall, digital technologies seem to be having a positive impact on musicians’ earnings capacity,” Thomson continued.  “iTunes is the digital store that most musicians and managers we interviewed mentioned as being the most impactful.”

This is all part of a major research study by the Coalition, one that involved detailed interviews with thousands of artists (more details on the study and ongoing updates at money.futureofmusic.org.)  But the definition of ‘musician’ is actually incredibly broad: Thomson pointed to subsets like orchestra performers, Broadway pit players, and even session musicians, among others.  Which is why for many musicians, streaming really doesn’t make sense – in fact, digital sales platforms are almost entirely unimportant.  “There are plenty of musicians that make money through things that have nothing to do with technology or direct-to-fan,” Thomson said.

(this next paragraph was updated Tuesday afternoon; it reflects downloads not broader digital platforms as originally thought…)

And, perhaps inline with the broader finding on iTunes, here’s the breakdown for discrete download sales.  Still, one-third of those polled have never earned a dime from download recording sales. 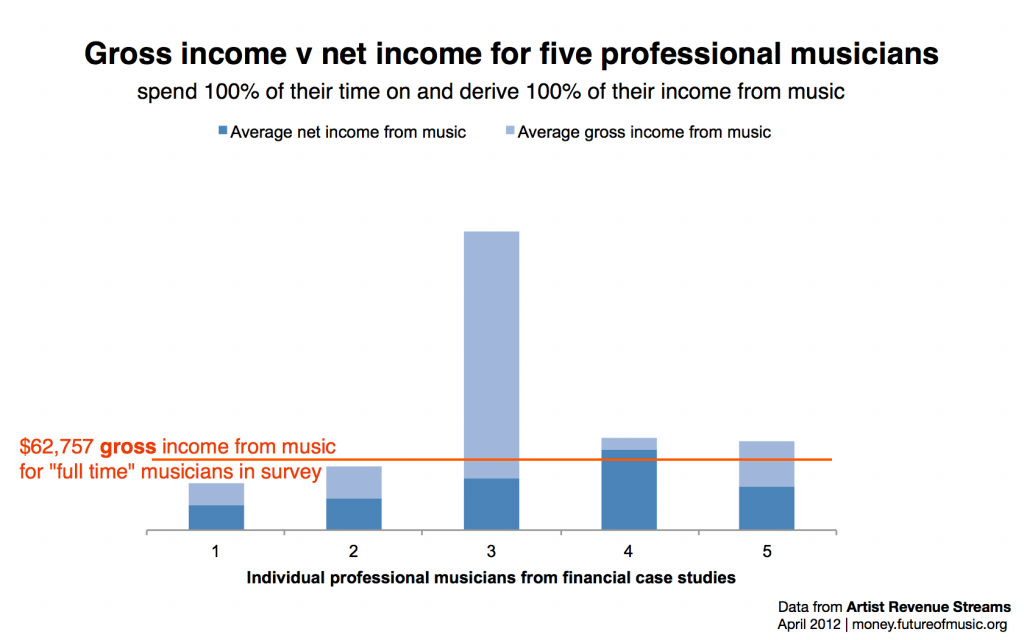