Did SXSW Really Help Your Band? Probably Not…

I wasn’t there in the 90s; I can’t swap stories about up-and-coming Austin bands and easy hotel bookings. But I do know that in 2012, superstar-level artists like Snoop Dogg, Skrillex, Train, Bruce Springsteen, Nas, Norah Jones, Jay-Z, and Mumford & Sons were the ones competing for most of the attention – not emerging, local artists.  And it’s becoming really, really hard to cut through this noise floor.

But it wasn’t just huge bands and showcases this time.  Like it or not, your noise competition at SXSW 2012 also included giant corporate advertisers with monster budgets.  And it looked like this: 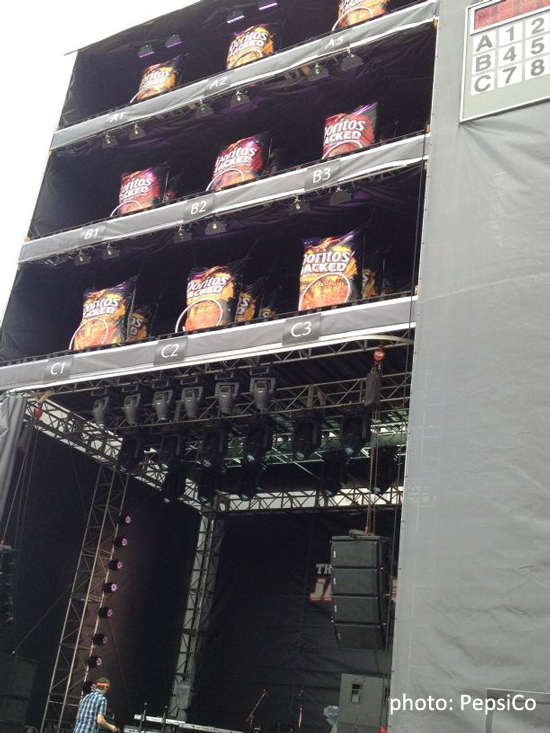 Which raises the question: is SXSW still a good idea for emerging bands, or even superstars?  In terms of finances, the answer for superstars and more established acts is typically yes, simply because there are guarantees and sponsorship rewards involved.  But in terms of attention, a number of superstars struggled to break through the noise clutter.  Which means that smaller artists oftentimes faced a near-impossible challenge.

Here’s a look at Twitter activity surrounding some of the largest SXSW artists, compiled by Twitter-tracking startup Monstro.  Most experienced a reasonable gain, though in the case of Miike Snow, the performance also coincided with a new album blitz.  And as you can see, some artists actually experienced lowered levels of sharing during the event. 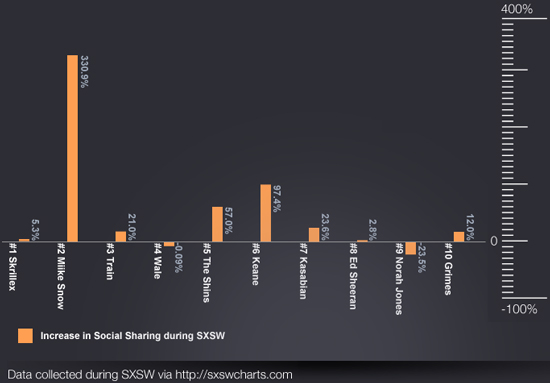 That said, there were some interesting winners on the social circuit, most notably Wild Child and Delta Spirit. 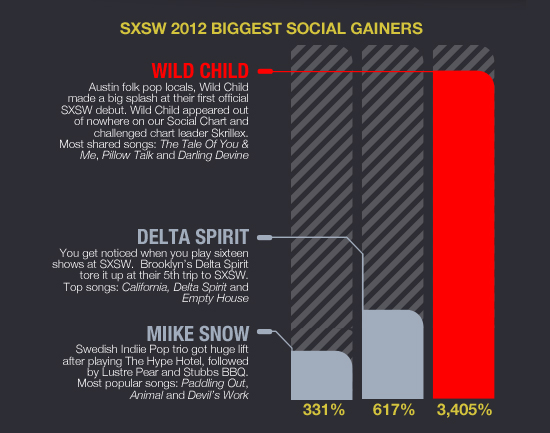 But also, this sort of story. 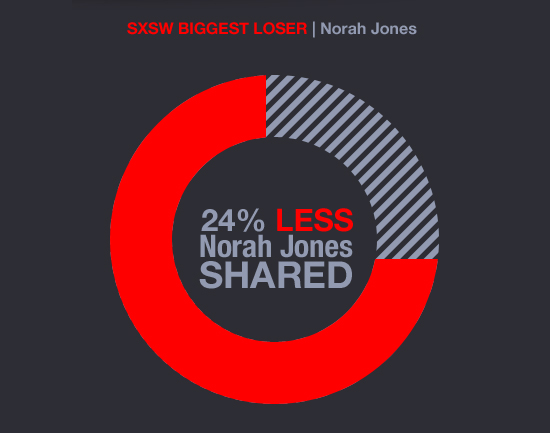 More rankings and data at sxswcharts.com.