We saw marked declines heading into Facebook’s official switch to Timeline. But it now looks like Timeline is eviscerating the Facebook artist app, or at best forcing it into some lowly plateau. 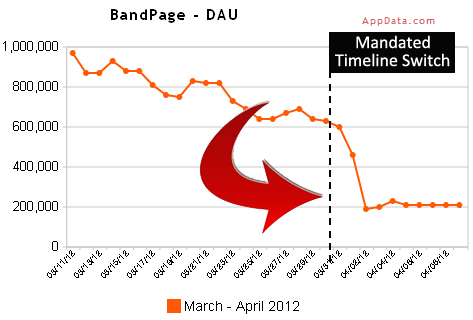 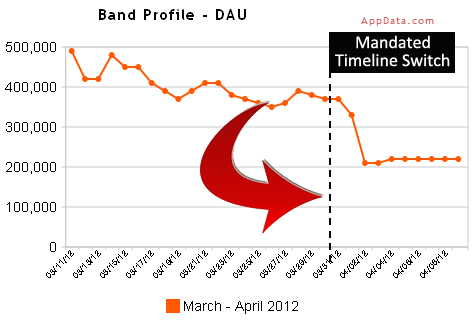 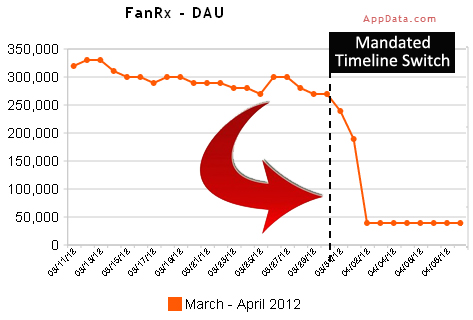