Tupac Has Released Three Times As Many Albums Dead as Alive

According to stats from All Music Guide (allmusic.com), Tupac Shakur ‘released’ three times as many albums after his death than before.

The posthumous math looks something like this. Prior to his tragic passing in 1996, the rapper had released 5 albums.  After his death, Tupac released 15 albums and counting, a number that doesn’t count the endless compilations, remixes, singles, and other releases.  Even beyond this, we’ve seen other albums – including Pac’s Life in 2006 – floating around.

The 2Pac gravy train isn’t limited to albums.  On Tuesday, news of a possible Tupac hologram tour emerged.  “Dre has a big vision for this,” the Wall Street Journal reported. 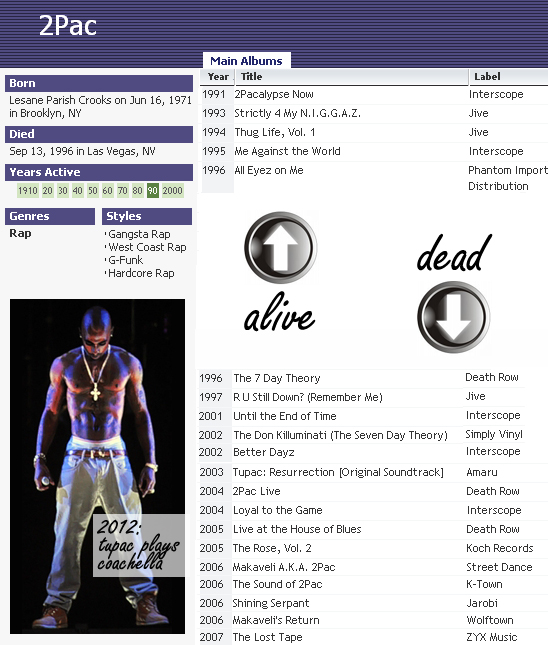