Most companies would die for 600,000 premium subscribers after 9 months; they’d pop champagne at near-20 percent conversion rates and 3 million active users.  Those are the US-based estimates floating around, though maybe Spotify doesn’t have a subscriber or user problem, it has an expectations problem.   And part of the reason is that the company was swaggering with such supreme confidence ahead of its US-based launch last July.

Here’s the pre-launch pitch to advertisers, leaked to the Wall Street Journal ahead of Spotify’s launch in the US.  Just recently, Spotify insisted that its active userbase – worldwide – was ‘more than 10 million…’ 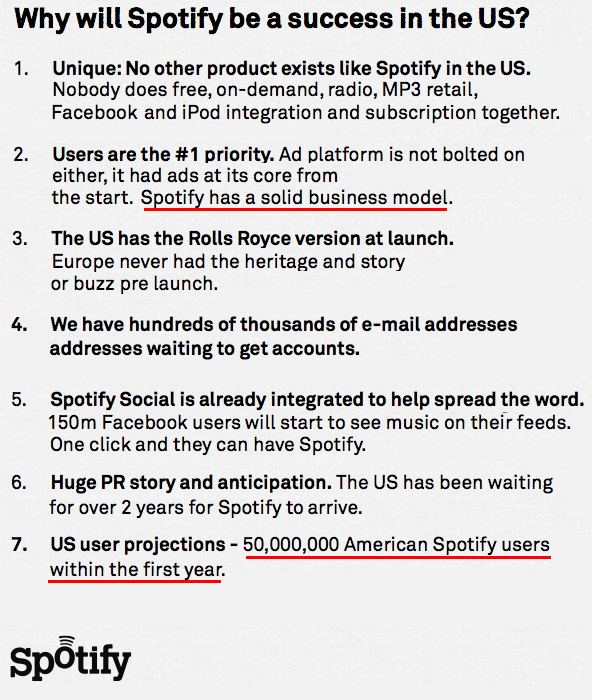