It’s a small deal right now, but a potentially massive deal for this industry. And the best part is that it doesn’t involve Congress, doesn’t require the drafting of new laws, doesn’t involve a Copyright Tribunal on high, and doesn’t involve SoundExchange. Instead, it’s a private arrangement between Clear Channel and Big Machine Label Group (Taylor Swift, Tim McGraw, Rascal Flatts) that involves payments for sound recordings, specifically through advertising revenue sharing. 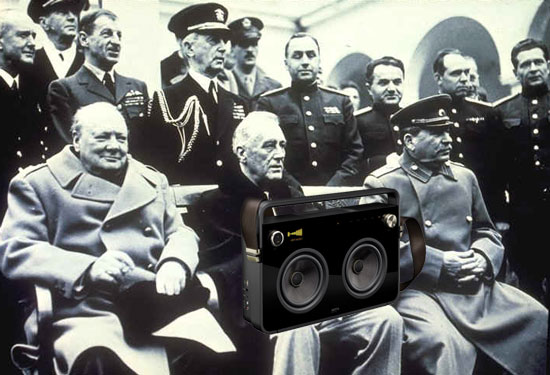 As a quick primer, traditional radio stations already pay royalties to songwriters and publishers.  But they have never paid the owners of the recording – except on digital formats, which remain a relative sliver of overall listening.  Here are the top-level details, as shared by the companies.

(1) Big Machine is the first label to participate in this concept.  It seems like a trial right now.

(2) Clear Channel will share a percentage of its advertising revenues – across terrestrial (ie, over-the-air), internet, and mobile – platforms.  The amount shared will remain undisclosed (at least for now), but creates a direct royalty arrangement across all platforms.

(3) The money will be paid directly to Big Machine, which in turn will share the money with its artists.

(4) SoundExchange is not party to the arrangement.

(5) New laws, Congressionally-mandated rate proceedings, or other forms of governmental involvement are not part of this arrangement.

All of which sounds brilliant to those that prefer private, free market solutions, instead of endless bureaucratic and government haggling (and its associated costs.)  Always nice to see the kids playing nicely in the sandbox, but Clear Channel isn’t a philanthropic organization.  Instead, the arrangement prevents a complicated, inflexible decision from legislators or courts, both of whom are – by their nature – distanced from the nuances of these formats.   Perhaps most importantly, it challenges established rates for digital broadcasts, viewed as overly burdensome by established broadcasters and startups alike.  The dark side of that workaround, however, is that artists are frequently shorted by their labels — that that’s guaranteed to become an issue if the pilot expands.

“Today, 98 percent of our listening is terrestrial broadcast and 2 percent digital — with record labels and artists only paid for the 2 percent.  This new agreement expands label and artist participation from just digital to terrestrial broadcast radio revenues in one comprehensive framework that will give all of us a great incentive to drive the growth of the digital radio industry and allow everyone to participate financially in its growth. This market-based solution helps bring the best in music to radio listeners wherever they want to hear it.”