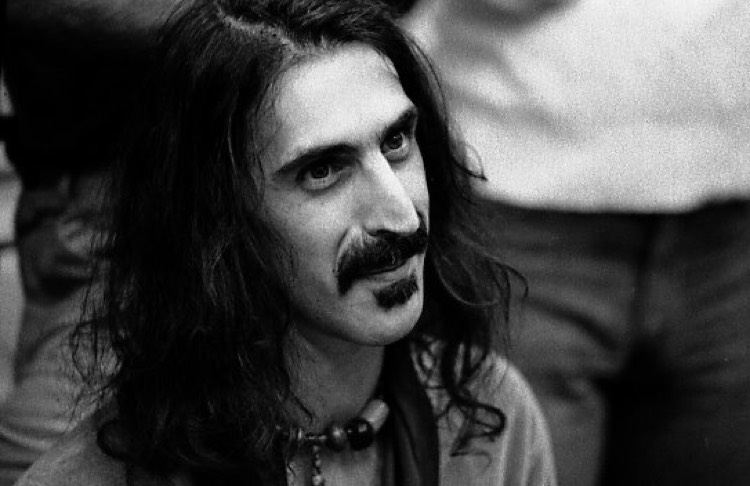 The following was proposed by Frank Zappa to a group of investors in the pre-CD era, at or around 1982.  It’s documented in Zappa’s ‘The Real Frank Zappa,’ published in 1988.

“A Proposal for a System to Replace Phonograph Record Merchandising.”

Ordinary phonograph record merchandising as it exists today is a stupid process which concerns itself essentially with moving pieces of plastic, wrapped in pieces of cardboard, from one location to another.

These objects, in quantity, are heavy and expensive to ship. The manufacturing process is complicated and crude. Quality control for the stamping of the discs is an exercise in futility. Dissatisfied customers routinely return records because they are warped and will not play.

New digital technology may eventually solve the warpage problem and provide the consumer with better quality sound in the form of compact discs [CDs]. They are smaller, contain more music and would, presumably, cost less to ship. . . but they are much more expensive to buy and manufacture. To reproduce them, the consumer needs to purchase a digital device to replace his old hi-fi equipment (in the seven- 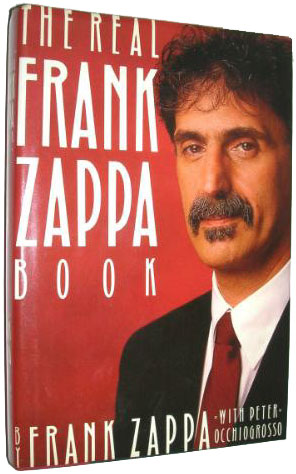 The bulk of the promotional effort at every record company today is expended on ‘new material‘ . . . the latest and the greatest of whatever the cocaine-tweezed rug-munchers decide to inflict on everybody this week.

More often than not, these ‘aesthetic decisions’ result in mountains of useless vinyl/cardboard artifacts which cannot be sold at any price, and are therefore returned for disposal and recylcing. These mistakes are expensive.

Put aside momentarily the current method of operation and think what is being wasted in terms of great catalog items, squeezed out of the marketplace because of limited rack space in retail outlets, and the insatiable desire of quota-conscious company reps to fill every available slot with this week’s new releases.

Every major record company has vaults full of (and perpetual rights to) great recordings by major artists in many categories which might still provide enjoyment to music consumers if they were made available in a convenient form.

Music consumers like to consume music. Not specifically the vinyl artifact wrapped in cardboard.

It is our proposal to take advantage of the positive aspects of a negative trend afflicting the record industry today: home taping of material released on vinyl.

First of all, we must realize that the taping of albums is not necessarily motivated by consumer ‘stinginess.’ If a consumer makes a home tape from a disc, that copy will probably sound better than a commercially manufactured high-speed duplication cassette legitimately released by the company.

We propose to acquire the rights to digitally duplicate the best of every record company’s difficult-to-move Quality Catalog Items [Q.C.I.], store them in a central processing location, and have them accessible by phone or cable TV, directly patchable into the user’s home taping appliances, with the option of direct digital-to-digital transfer to the F-l (SONY consumer-level digital tape encoder), Beta Hi-Fi, or ordinary analog cassette (requiring the installation of a rentable D-A converter in the phone itself… the main chip is about twelve dollars).

All accounting for royalty payments, billing to the consumer, etc., would be automatic, built into the software for the system.

The consumer has the option of subscribing to one or more ‘special interest category,’ charged at a monthly rate, without regard for the quantity of music the customer wishes to tape.

Providing material in such quantity at a reduced cost could actually diminish the desire to duplicate and store it, since it would be available any time day or night.

Monthly listings could be provided by catalog, reducing the on-line storage requirements of the computer. The entire service would be accessed by phone, even if the local reception is via TV cable.

One advantage of the TV cable is: on those channels where nothing ever seems to happen (there’s about seventy of them in L.A.), a visualization of the original cover art, including song lyrics, technical data, etc., could be displayed while the transmission is in progress, giving the project an electronic whiff of the original point-of-purchase merchandising built into the album when it was ‘an album,’ since there are many consumers who like to fondle & fetish the packaging while the music is being played.

In this situation, Fondlement & Fetishism Potential [F.F.P.] is supplied, without the cost of shipping tons of cardboard around.

Most of the hardware devices are, even as you read this, available as off the-shelf items, just waiting to be plugged into each other in order to put an end to the record business as we now know it.