We spent the weekend analyzing recent CD sales drops, while attempting to answer one question:

When does the disc finally die?

The question is difficult for a number of reasons.  The format is obviously in decline, though actual declines themselves vary per year.  That said, most year-over-year dips are in the double-digit percentages.  During the first-half of this year, the decline was 11.4 percent according to Nielsen Soundscan; between 2007 and 2010 it was somewhere within the 18-20 percent (negative) range.

But what if sales remained at the current pace for 2012, with sales declines accelerating by 5 percent every year thereafter?  Well, according to that somewhat conservative assumption, the CD is then effectively dead by 2022. 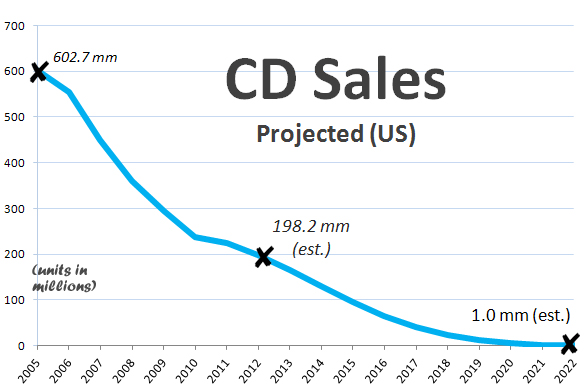 Which matters, because of this… 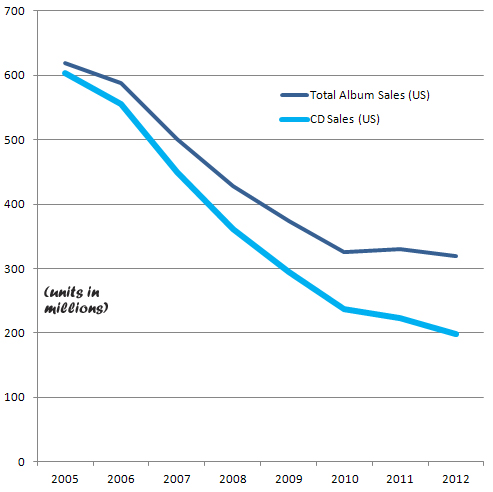