Apple has announced that it will discontinue its license of Google’s YouTube App, starting with iOS 6.  The app had previously been included with every iPhone and iPad leading up to this point.  Although Google is working on a revamped YouTube app, which it will submit to Apple, the New York Times reports that the updated web version of YouTube is so seamless that it could make the app obsolete.  In any case, 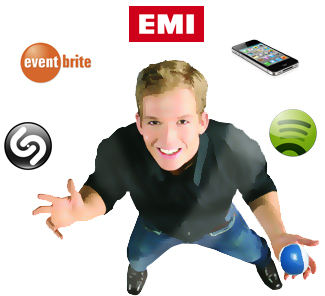 this is a window of opportunity for Spotify, Rhapsody, and other music services to establish themselves as the default player of choice for iOS users.  Furthermore, according to Mashable, video footage recorded on iPhones, which used to automatically upload to YouTube, will now go straight to Vimeo instead.

Spotify has now introduced a version of its app for the Kindle Fire.  The app is free to download via Amazon’s Appstore.  While the free version only offers access Spotify’s radio service (with intermittent ads, of course), users can save songs they like to listen to later on their PCs.  As with every other device, Spotify Premium costs $9.99 a month for the Kindle.

Shazam, the music identification service for smartphones and mobile devices, has hit a huge milestone of 5 billion songs tagged.  Pink’s new song, ‘Blow Me One Last Kiss,’ marked the 5 billionth tag.  Shazam reports that it now has over 225 million users spanning 200 countries.  While the company’s roots are in music recognition, last year it expanded into the ‘music engagement’ category with Shazam for TV, partnering with companies such as Toyota, Sony, Proctor & Gamble, and Pepsi.  Currently, they’re working with NBC to provide extensive coverage of the London Olympics, and Shazam has pushed the envelope by improving tagging speeds and introducing free unlimited tagging for iOS and Android devices.  Congratulations to their entire team.

Eventbrite, the San Francisco-based events and ticketing service, will be the exclusive ticketing provider for the upcoming Global Festivalin Central Park, New York. The concert, which will take place on September 29th, will be free, but requires a ticket to enter.  Sixty thousand tickets will be issued via lottery to people around the world.  Hugh Evans, CEO of the Global Poverty Project, which is putting on the event, said, “Eventbrite offers an impressive ticketing platform that enables individuals to share their excitement about Global Festival and the mission of the Global Poverty Project both before and after they receive a ticket.”  Of course, Eventbrite is no newcomer to big events, as they have worked with concerts such as the Vans Warped Tour in the past.  The Global Festival’s headliners include Neil Young & Crazy Horse,Foo Fighters,and The Black Keys, amongst others.

In other news, EMI has just reported a pre-tax loss of $546 million in the year to the end of March.  Though the figure seems staggering at first glance, CEO of EMI Roger Faxon dismissed it in a letter to staff as “just an accounting issue”.  Indeed, EMI was required to write down the value of its catalogs upon the announcement of its acquisition by UMG last year.  Faxon claims that revenues have actually risen by 2% in the past year.  Still, EMI’s huge debt load continues to raise questions about the advisability of the acquisition.

Marvin Hamlisch, the Pulitzer, Oscar, and Grammy-winning composer from New York, has passed away at the age of 68.  A family friend told the New York Times that he collapsed on Monday after a brief illness.

And, Live Nation‘s latest quarterly profit dropped 42 percent to  $7.69 million, according to an earnings call Tuesday.  Attendance is up, but high-yield superstar shows are down (as well as overall gigs across all artists).