Frank Zappa Is About to Land on Streaming Services…

This means nothing to Gaga and Perry fans, but everything to a sector struggling to win over the artist community. 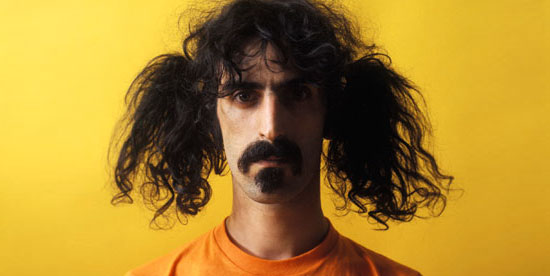 Now, the late Frank Zappa is preparing to land on streaming services like Spotify, Rdio, and Rhapsody, according to details shared with Digital Music News over the weekend.  Zappa, who died in 1993, has a fairly massive catalog of about 60 albums (among other works), and it appears that a substantial chunk of that catalog will soon be available for your on-demand enjoyment. Exact timetables are not available, though a drop date of October seems likely.  The negotiations appear to be happening through Universal Music Enterprises, which negotiated the rights to oversee Zappa’s catalog earlier this year.  That puts the action around Bruce Resnikoff, a seasoned catalog executive at UMG who has services like Spotify on speed dial.

The news comes on the heels of a major licensing effort involving iTunes, which now has about 56 albums available, many of them remastered. 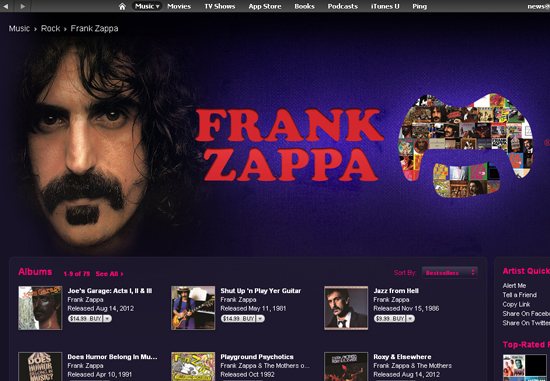 Another name kept surfacing: Gail.  That is, Gail Zappa, who facilitated the massive deal between Enterprises and the Zappa Family Trust after securing the rights to the works.  That started a licensing train that started rolling around July 31st, with heavy catalog expansion expected throughout the remaining 2012.  “[Enterprises] made us the offer we couldn’t refuse, for all the right reasons,” Gail relayed shortly after the Universal Music deal was inked. One source at a streaming service thought the Zappa camp was anti-digital in some way, though perhaps the Trust simply didn’t want to deal with the endless negotiation headaches.  “I think they wanted to find a partner to do digital for them rather than licensing all the stores direct,” said the actively-negotiating source.  Right now, streaming services like Spotify have a smattering of Zappa content.  But those are largely reinterpretations, interviews, and other Zappa-inspired releases – not the core catalog itself.