Ad revenue barely pays the bills, if that, and it rarely supports music startup models.

It’s not happening for Pandora, and it’s not a meaningful revenue source for Spotify, either.  According to financial filings spilling this week, Spotify now receives 83.5 percent of its revenue from paying, premium subscribers.  Which means that free listeners are mostly dead weight, unless they can effectively be transitioned to paid. 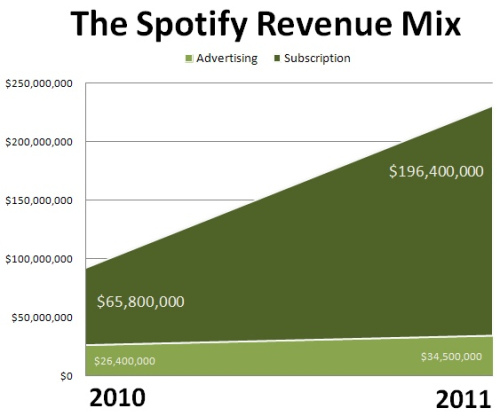