And oh so quietly, Spotify is now dropping the requirement that all new users must register with a Facebook account.

And in the process, taking a small step away from a potentially problematic partner.

The change happened just a few days ago, according to tips, and the proof is in the new registration page.  These confusing instructions – and broader options – were captured late Tuesday from the US-based Spotify site. 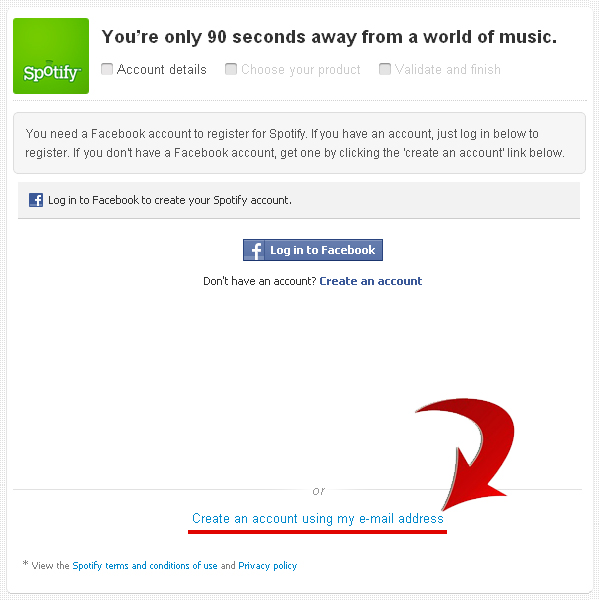 Yes, the new email registration option is rather buried, and actually further down on the page.  Adding to the confusion, Spotify tells users that a Facebook login is required, then offers an email option below.  Which means this isn’t being trumpeted or even cleanly presented for reasons that may be obvious.

The change has also been implemented in other countries, including the UK, Sweden, and France.  Spotify relaxed the Facebook requirement in Germany back in June.

The development follows rumors of heated internal debates over the forced Facebook login, instituted in late September of 2011.  Or, not so internal: a drunken shouting match between Sean Parker and Mark Zuckerberg apparently took place on the streets of West Hollywood after a splashy party celebrating the Spotify+Facebook marriage last year.  That was during the more innocent and optimistic pre-IPO days, and before a Facebook tie-up was considered a potential liability.