52 Ways to Screw an Artist, by Warner Bros. Records 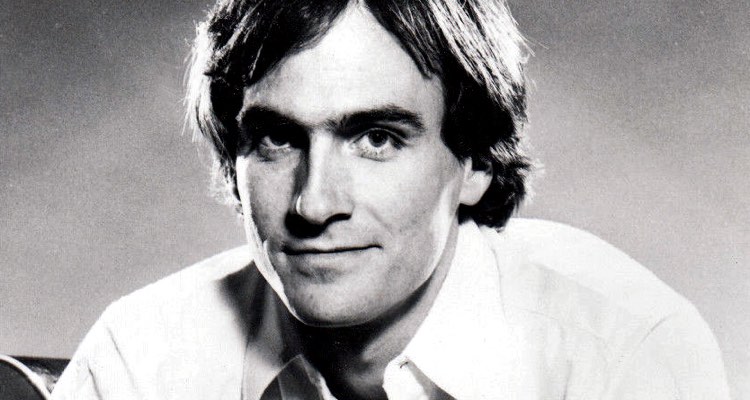 Sadly, this is a story that dates back to 1969, when a young James Taylor signed a deal with Warner Bros. Records. That was the beginning of a breakout career that included numerous hit songs and tens of millions of album sales.  But it also marked the beginning of a duplicitous financial relationship, one that seemed designed to systematically cheat this artist over a period of several decades.

This week, Taylor and his attorneys decided to file suit against Warner Bros., in part to capture higher royalties from digital downloads.  Taylor, like many other legacy artists, wants to treat downloads like licenses instead of sales, and receive drastically higher payouts in the process.  But the paperwork is also airing lots of old, dirty laundry.

According to the allegations in the filing, these are the various ways in which Warner Bros. Records has screwed James Taylor.  Keep in mind: this list of grievances only dates back to 2004… 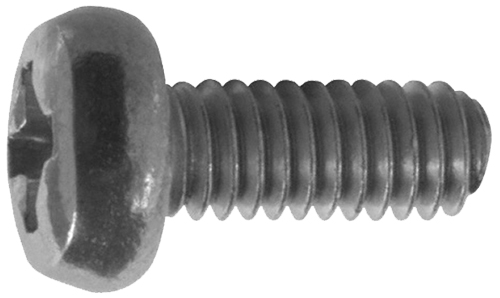 (2) The various parties sifted through the audit, and ultimately compromised on an amount totaling $764,056 (some of the topline amount appears to include recategorizations of digital sales as licenses, which would result in higher payments).

(6) During the audit, Taylor’s accounting firm found that Warner Music had grossly exceeded the number of ‘non-royalty bearing’ units in the amount of $47,869.  This probably refers to free and promotional copies, or phantom units designed to protect Warner Music from paying actual royalties.

(7) Also during the audit, Taylor found that Warner Bros. had misallocated customer returns into various royalty and non-royalty bearing buckets.  The result was an $800 shortfall.

(9)  Warner Bros. Records sold the cassette version of Taylor’s Greatest Hits at an unauthorized budget price.  Damages for that action were not specified.

(10) Warner underreported sales of Taylor’s Walking Man CD by 50 percent, resulting is a royalty shortfall of $7,142.

(11) The audit also found that Warner Bros. did not pay Taylor for ‘excess free goods‘ associated with the BMG and Columbia House record clubs.  The shortfall?  $43,420.

(12) Warner Bros. also failed to report sales on certain compilation albums that featured Taylor’s music, for a shortfall of $10,259.

(13) Warner also improperly applied a 25% ‘midline reduction’ on foreign sales of James Taylor’s Greatest Hits, for a shortfall of $18,747.

(14) The audit also revealed that Warner Bros. applied ‘insufficient uplift percentages’ on foreign sales, resulting in a shortfall of $3,641.

(15) Warner was also found to have paid insufficient mechanical royalties across various albums, for a shortfall of $928.

(17) In a dispute over the inclusion of Taylor’s music in a compilation called Hits of the 60s and 70s, produced by Madacy Entertainment, Warner Music claimed that this was a ‘manufacturing/custom product deal’ subject to a 2-cent per unit royalty rate.  However, the deal with Madacy states that this was a licensing deal, meaning Taylor should have received a 50% share, totalling $1,893.

Warner subsequently agreed to liabilities of $388, of which it has not paid.

(18) The audit also found that Warner Bros. Records had used Taylor’s songs in various compilations without permission, against the contract terms.  That would entitle Taylor to 100% of royalties, an amount totaling $84,225.

(19) Warner Bros. also decided to pay nothing on foreign performances of Taylor’s work, while claiming that its agreements did not cover performances.  The agreement between the parties calls for payments on all licensing deals; the total shortfall on this would be $4,603.

(20) The audit also found that Warner Bros. charged James Taylor for taxes on its profits, but failed to compensate Taylor for various tax credits.  That created a shortfall of $518.

(22) Warner has taken ‘packaging’ and ‘free goods’ deductions from various download, ringtone, and other digital sales, despite the complete absence of either on digital formats.

(23) Outside of the license vs. sale question, Warner was also found to be paying royalties on the wholesale price offered to companies like Apple, not the Suggested List Retail Price (SLRP) as designated in the contract.  The difference amounts to $38,310.

(24) Warner refused to disclose any sales data from its over-the-air download partnership with Sprint.  That forced Taylor’s accountants to forge an estimate of amounts not paid, which reached a minimum of $32,378.  Warner has limited its liability to $3,251.

(26) During the audit, Warner Bros. did not supply information related to the following:

(d) foreign receipts of any kind;

(f) any details on how foreign royalties were calculated;

(h) details related to the use of Taylor masters on compilation albums;

(i) details on royalty reductions from Rhino releases;

(j) any information (or payment) related to settlements with Napster, Kazaa, or any other litigated-against company. 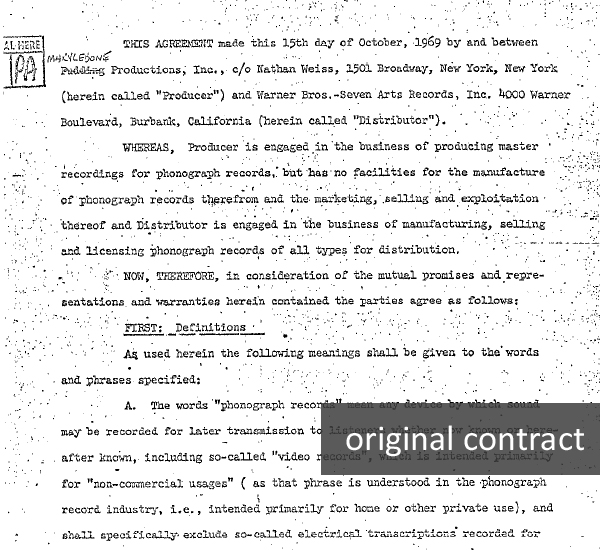 (28) Warner has not responded to the second audit, though the disputed amount totals $1,048,075 (some of the topline amount appears to include recategorizations of digital sales as licenses, which would result in higher payments).

Beyond the sale vs. licensing complaint, the other concerns from the second audit include:

(29) On the physical side, the auditing team found additional royalty discrepancies totaling $2,382.

(30) The second audit also found that Warner Music exceeded its 20 percent allowance of ‘free goods,’ which increased the amount of non-royalty units and violated the agreement.  The damages assessed from this totaled $56,162.

(31) The auditors also found a ‘suspense account‘ at Warner Music that held an unspecified amount of Taylor’s royalties.  Warner denied such an account existed, and therefore declined to offer any details on which products or payments were included in this alleged account.

(32) Despite an agreement to change the percentage after the first audit, Warner Bros. continued to pay an 11 percent royalty on Taylor’s album, Mudslide Slim.  The agreed-upon royalty amount was 11.5 percent, resulting in underpayments of $776.

(33) The second audit also revealed that Warner had deducted an excessive royalty amount for one of the producers on the album, Gorilla.  The producer was paid 2 percent, instead of the agreed-upon 1.5 percent rate, resulting in damages of $742.

(34) Warner continued to sell the cassette version of Taylor’s Greatest Hits at an unauthorized budget price, despite agreeing not to do this during the first audit.

(35) Additionally, Warner continued to underpay royalties on certain albums by 50 percent, particularly those being removed from the catalog listing.  This was in violation of the contracts, and happened despite agreements obtained during the first audit.  Underpayments were found to total $2,257.

(36) The second audit also found that Warner was still not paying anything on record club sales, particularly for the albums Greatest Hits and Best of James Taylor.  This was also despite an expressed agreement during the first audit; damages totalled $4,127.

(37) Furthermore, Warner Music continued to withhold royalties on ‘excess free goods’ tied to record clubs, including those associated with Rhino Records.  This was despite earlier agreements during the first audit, with damages totaling $20,090.

(38) The auditors also found that Taylor was not paid at all on various master synchronization uses, for several shows.  The unpaid royalties totalled $35,861.

(39) The auditors continued to find Taylor’s songs included in a number of compilation releases, without any permission whatsoever. Furthermore, there were no royalties paid on these releases, nor any explanations offered.  Total underpayments are estimated at $10,608.

(40) Additionally, Warner did not properly passthrough royalties from SoundExchange, particularly for ‘Ephemeral or Business Services.’  Unpaid: $217.

(41) James Taylor was paid a piece of the Napster and Kazaa settlements, but not enough.  The audit found that Warner collectively underpaid on both settlements by $42,460.

(42) During the second audit period, Warner was also found to be receiving foreign performance income on Taylor’s works, but did not pass any of this income through to the artist.  Receipts or documentation was not supplied by Warner, though damages were estimated at $12,903.

(43) Also on foreign royalties, during the second period, Warner was also found to be using ‘insufficient uplift percentages,’ resulting in damages of $1,567.

(44) Similar to the first period, Warner was found to be deducting taxes against Taylor’s royalty statement, but not applying tax credits received.  Damages: $5,251.

(45) Also during the second period, Warner was found to be further underpaying on mechanical royalties, with amounts squirreled into a mysterious ‘suspense account’.  Estimated damages: $2,242.

(46) During the period, Warner Music was found to have undercounted sales of James Taylor’s Greatest Hits by 20,525 units.  That resulted in reduced mechanical royalties of $5,603.

(47) The accounting firm also uncovered reduced mechanical royalties on a number of albums and releases, totalling $3,034.

(48) On top of all that, Warner was found to be applying an additional, 85 percent reduction on mechanical royalties owed, resulting in additional damages of $80,209.

(49) The second audit further revealed that Warner Music was systematically underpaying on iTunes sales, specifically by applying royalties to wholesale prices, instead of Suggested List Retail Prices (SLRP).  The resulting, unpaid amounts were $106,437.

(51) Taylor further claims that these non-payments during the period resulted in missed interest income of $54,647.

(a) pricing surveys or any information used in the calculation of foreign royalties.

(b) domestic and foreign ‘suspense lists’ on physical sales.

(c) a detailed list of authorized retailing endpoints (digital or physical). Or, any agreements with these retailers.

(d) any statements related to income received from YouTube or Rhino.tv.