A Plea to End Internet Radio Discrimination, from the Founder of Pandora…

The following plea comes from Pandora founder Tim Westergren, who is now appealing to listeners to help protect not only his company, but internet radio as well. This was posted on the Pandora website ahead of the weekend.

Join Us to Stop the Discrimination Against Internet Radio

Today, a bipartisan bill was introduced in Congress by members of the House and Senate called the Internet Radio Fairness Act.

It is a very important bill for Pandora. For the first time since 1998, it will finally bring fairness to the way performance 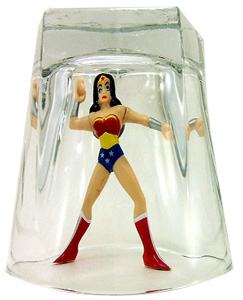 royalties are determined for internet radio.

Pandora pays performers (and composers) for every song that we stream. And we do so proudly. I’m a longtime working musician myself, and supporting musicians is a central principle at Pandora.

However, as a result of legislative and legal strong-arming done over a decade ago by the RIAA, internet radio is subject to its own, very discriminatory standard. The resulting bias is staggering. To give you an idea, last year Pandora paid about half of all its revenue in performance fees alone. In that same year, Sirius XM paid 7.5%. No radio service anywhere in the world pays more than 15% of its revenue in such royalties.  The anti-internet bias in federal law is nothing short of absurd.

The Internet Radio Fairness Act will address this discrimination by extending to internet radio the same standard used to determine virtually all copyright rate-setting processes, including satellite and cable radio, allowing us to compete on a level playing field.

Today we begin a grass-roots campaign to pass the Act and correct this discrimination. This is not a campaign to stop paying royalties, or even to pay as little as possible. We’re just fighting for fairness.

We’ll be reaching out for your support in the coming days and weeks. So if you’re a fan of internet radio and want to lend your voice to our efforts, please keep an eye out for our messages. We would be very grateful for your support.

A summary of the bill and the rates issue can be found here: www.pandora.com/fairnetradio.

Thanks for taking the time to read this note.