Spotify Is Almost Profitable In Europe…

This is either good news or bad news, depending on where you stand. But according to financial filings just shared with Digital Music News, Spotify appears to be approaching profitability in Europe.  The company drastically narrowed its losses in 2011, thanks largely to increased subscriber rolls.  Specifically, operating losses in the UK-based ‘Spotify Ltd’ narrowed to 2.06 million pounds ($3.35 million) for the year ending December 31st, 2011, a major improvement over a year-2010 loss of 26.5 million pounds ($43 million). 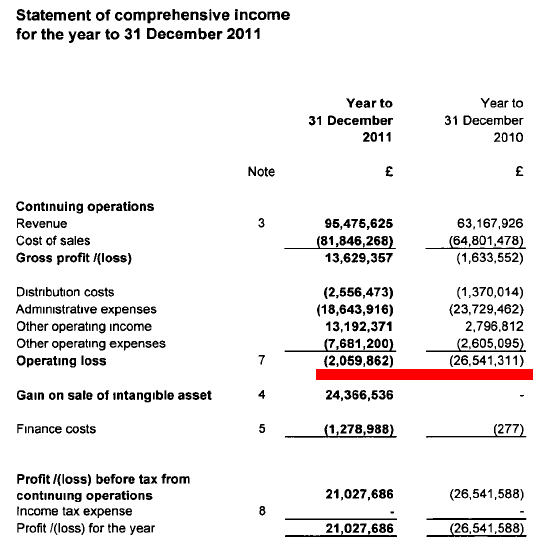 This is actually broader than just the UK.  Instead, these filings count all European properties through May of 2011, but that makes it more difficult to get the full picture.  What remains is a 2011 statement split between the UK and Contintental Europe, and we don’t have access (yet) to the ‘Continental’ part.  Judge this accordingly. 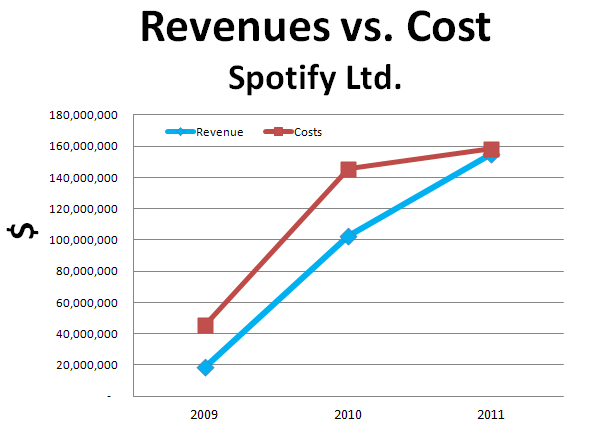 There may be some shady accounting to consider, as well (after all, this is Spotify).  Among them is a ‘gain on sale of intangible assets’ of 24.4 million pounds ($39.6 million), which turns out to be an internal sale of technology and trademarks to parent group Spotify AB.  That produced a handsome, pre-tax profit of $21 million pounds ($34.1 million), but that’s sort of like claiming a profit after selling your laptop – to yourself.

The bigger story is that revenues are getting boosted by ramping subscriptions.  And paying subscribers are worth a whole lot more. 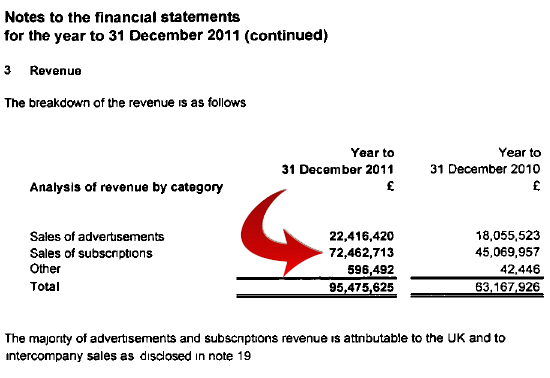 The complete financial filing is here.