Musicians Are Better Off Than Ever Before In History. And Here’s Proof…

It’s becoming an unlikely chorus: David Lowery, the RIAA, and many artists themselves now feel that the digital age has made it worse for musicians, not better.  But former TuneCore CEO Jeff Price couldn’t disagree more — and in this guest post, he brings a litany of stats to prove his point.

“During his speech on June 12th, 2012 at the Personal Democracy conference in New York City, Cary Sherman, head of the RIAA, stated: 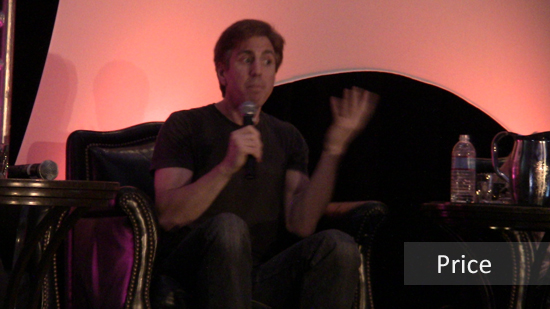 ‘…there are fewer people trying to make money as musicians today…’

Cary misrepresented the truth to push the RIAA’s agenda.

As the former CEO and Founder of TuneCore, I can tell you that between just CD Baby and TuneCore there were at least 20,000-30,000 newly recorded releases distributed each month. Each major label currently signs/distributes/releases about 110 releases a year. That’s about 9 a month.

This means there is more new music being recorded and distributed in just one month than all of the majors combined release in over 100 years.

Now add the fact that barriers to becoming a musician are lower due to technology – it costs less to record and you don’t need the same type of talent in order to create/write/record music (its easier now).

Therefore, there are more musicians, not fewer.

In addition, a recent article at Digital Music News suggests that:

“There’s more music being created than ever before, but paradoxically, musicians are making less. Which means there are also fewer musicians and music professionals enjoying gainful employment, thanks to a deflated ecosystem once primed by major labels and marked-up CDs.”

I disagree.  Look at the numbers.

In the old system, at its peak, all of the majors combined distributed a total of about 1,800 releases a year.

There are a lot more than 24 artists a year these days that ‘succeed’.

Now granted, of these 24 artists, they raked it in, big time.  But that was just for them.

In the ‘old days,’ musicians did not really make any money. There were the lucky and talented few that did – i.e. U2, Led Zeppelin etc – but these musicians were the rare rare rare exception, not the rule.  The rules were:

(a) Less than 1% of the world’s artists will be let into the music industry ecosystem.

(b) Of those let in, 98% of artists will fail and get dropped after the release of their first album.

(d) If you wrote your songs, to get all of your songwriter royalties, you had to do deals with major publishing companies—and most could not get one. If you were able to get one, you usually signed a co-pub deal where, for a one-time advance, you had to give up 50% of your income and 50% ownership of copyrights to get all the royalties you earned.  And mind you, this was just for the band members that wrote the songs, not all band members.

(e) You lost money when you toured (and you had to tour).

(f) The cost of failure was that your career was over and done.

The hard truth is, forget making less money, most artists made no money in the traditional industry; they could not even get into the ecosystem to have their music available to be bought on the shelves of stores.

As a matter of fact, they lost more money in the old industry, as the costs to record were higher and the goal used to be to get signed.  Getting signed meant: buying gear; spending money to record a demo; manufacturing a physical CD or cassette to mail to an A&R rep to get a gig in LA or NY so the label rep could see you, fronting costs to play the gig, etc.

In other words, invest more, make less and don’t get let in.

Let me be clear, no matter what the music industry business model is, most artists will not succeed.  This is a tough business.  The path to success is writing and recording a song that causes reaction when it is listened to – a rare and difficult thing.

But for Cary Sherman to stand up and state something false so the RIAA can attempt to slow down its demise is beyond disgusting and does damage to artists, perhaps almost as much as the file sharing he is raging against.