ASCAP Refuses to Accept TuneSat Monitoring. What’s Up With That?

ASCAP is one of the largest royalty collection organizations in the world.

TuneSat is a recently-launched monitoring company, with an initial focus on detecting unreported songs used in television shows and commercials.  In fact, TuneSat believes that 80 percent of songs are not properly reported, and they have the monitoring stats to back those claims.

So why would ASCAP refuse to accept TuneSat’s reports?  Here’s a statement from TuneSat executives Scott Schreer and Chris Woods on the matter.  Both are active film/TV composers and producers. 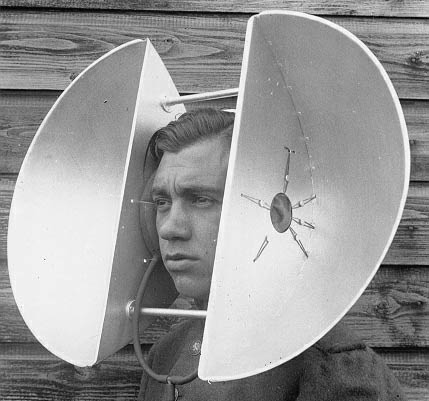 One of the most important but least known copyrights is the right of public performance. In a nutshell, if you wrote a song and it’s performed on TV, radio, or even the supermarket, you are entitled to receive public performance royalties. Songwriters and publishers typically become members of performing rights organizations (PROs), such as ASCAP and BMI. These societies are hired to license the public performance of their music and pay them for their broadcast performances. Last year, US societies collected and distributed nearly $2 billion dollars in royalties.

Politics aside, this is mostly due to the manual reporting process called cue sheets, which is how TV broadcasters report the use of music to the PROs. This is where the system is broken.  This process has more or less been the same since the beginning of TV.

More than ten years ago, we tested an audio detection technology to monitor the use of music from the Freeplay Music catalog that was broadcast on national TV.  After almost three years of tracking, we were astonished to find that on average, about 80 percent of the detected performances were not accounted for on our ASCAP/BMI royalty statements. Since then, we have found similar results for other writers and publishers all around the world.

Lately, there’s been a lot of attention paid to our claims that ‘up to 80 percent of music on TV goes unreported or misreported.’ Don’t take our word for it.  Here’s Freeplay’s actual 2011 ASCAP royalty statements and TuneSat detections for that same period.  There were 3,273 detected performances of Freeplay’s music by TuneSat, of which only 170 of them were paid to Freeplay by ASCAP.  That means that both Freeplay and its hundreds of composers were not paid on 95 percent of music performances on TV shows that should have been reported on cue sheets and paid for by ASCAP.

80 percent is just an average.  Sometimes it’s less, sometimes it’s more.  The point isn’t about whether it’s 12 percent or 80 percent — the point here is that in a digital age there are any discrepancies at all.  Consistently, there is an overwhelming amount of unreported performances, which supports the fact that the current reporting system is broken and in dire need of an overhaul.  Like so many other music composers and publishers, we all just want to be paid what we’re really owed in a transparent, timely and accurate manner.  No more, no less.

Since most music performed on TV is underneath other audio elements, we developed TuneSat specifically to identify music in “dirty audio” (voice-overs, sound effects, crowd noise, etc.).  Click here for an example of a dirty audio detection.

This simply makes no sense.  We believe all songwriters should get paid for all uses of their music utilizing the best and most accurate method of reporting.

If you would like to learn if ASCAP, BMI, or any performing rights organization anywhere TuneSat monitors, is underreporting and underpaying you, go to tunesat.com/30day and we’ll track up to 100 songs completely free for 30 days. So, like us, you too can see all the music performances you’re not getting paid for.