It was a smart question – the right question – asked by a very astute host (Zoe Chase).  But as flattering as it was to be consulted by NPR, I felt like a parent trying to simplify a 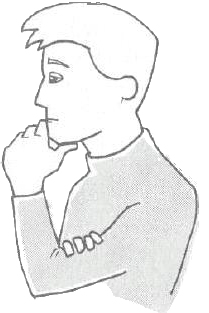 hopelessly complex and sticky situation into a one, reasonable answer.  I was wading in complexity: after all, didn’t Mumford definitively prove that streaming success doesn’t erode sales success?  So why, just weeks later, did Taylor Swift’s label abruptly slam the door on Spotify, Rhapsody, Rdio, and the rest?

Well, actually, we know why: it doesn’t pay enough, and Big Machine’s Scott Borchetta said it out loud.  Especially when everyone was more-than-willing to purchase the full album at full cost – at Target, iTunes, Walgreen’s… Papa John’s Pizza.

So you either think that Mumford gets the big picture and Taylor doesn’t, or Mumford was stupidly turning down cash.  If only it was that simple…

Of course there’s overlap.  But Mumford’s crowd isn’t dominated by young girls screaming every word at every show (often with their parents chaperoning).  Which means both of these artists are making decisions based on a nuanced expertise of their own audiences.  Pulling Babel from Spotify might have alienated Mumford & Sons fans and lowered awareness; does pulling Red have the same (or any) effect on Taylor’s fans?

This isn’t Scott Borchetta (or Daniel Glass) making both decisions.  Rather, these are both smart people analyzing highly-uncertain, quickly-shifting situations, and making decisions based on their audiences and broader objectives.  Experts disagree, smart minds don’t always think alike.

Some artists want to maximize revenue from an album, others want exposure.  Others don’t care about the album at all (and neither do their fans).

(4) Maximum availability isn’t beneficial to every artist.  Especially when you don’t need it.

And Taylor Swift doesn’t really need it.  She’s one of those extremely rare, hyper-successful artists that made it past discovery – her fan base is feverishly on call, waiting for the next release, concert, or product.  These are like religious devotees: they want Taylor’s album the day it’s released, in whatever format it’s available.

(5) This is an extremely emotional topic that plays into artist compensation, accounting transparency, and digital devaluation.

And if you’re successful in the music industry, you’re probably passionate about those topics.  These aren’t accountants making decisions about machine parts.

I showed NPR the graphs in which streaming and downloads are increasing — at the same time.  But that doesn’t necessarily answer the question.  After all, would album sales be even higher if Spotify didn’t exist?  And does that answer the very difficult questions about Spotify’s accounting, artist payouts (or lack thereof), and executive compensation?  The dataset is just too immature and too incomplete, the payout issues can’t be resolved by a graph.

I wish I had a simpler answer. But it’s complicated.