I Loved the Whole ‘Information Is Free’ Thing. Until It Was My Book Getting Stolen

Dan Ariely is a Duke professor and author of Predictably Irrational and The Upside of Irrationality, both New York Times best sellers.

Here, Ariely talks about the strange lessons learned during the release of his latest book, The (Honest) Truth About Dishonesty. 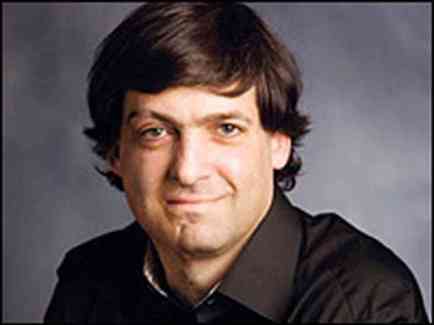 How to Stop Illegal Downloads…

Three days after publication of my new book, The (Honest) Truth About Dishonesty, I was able to find electronic copies on a few websites that specialize in illegal content.  These were high quality versions of the book, including the images of the cover, the references, and — my favorite part — the copyright notice.

I was flattered.  On one of the sites, the book had been very popular, downloaded over 20,000 times in just a short period of time before my publisher shut it down.

I was also amused.  The irony of illegally downloading a book on dishonesty was painfully obvious.

But mainly I was curious, as is my wont.  As someone who has been studying dishonesty for many years, what could I learn from the theft of my own book?

My first insight came with a personal conversion.  Before it was my book being illegally downloaded, I was more on the ‘Information wants to be free’ end of the spectrum.  The sudden, though predictable, shift in my feelings when I found my own work being downloaded for free was a jarring experience. 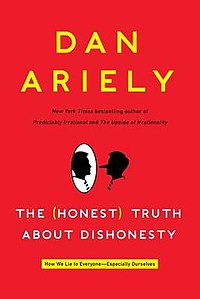 Maybe Information finds complete freedom too threatening, I thought, and maybe it would rather be a bit more protected.  It was a very clear example of how my own views of morality are biased — as are everybody’s — based on our immediate perspective.

Recently in a lecture on dishonesty in San Francisco I was explaining, as I always do, that dishonesty is largely founded on our ability to rationalize, and a young guy stood up and argued that downloading music was actually the right thing to do.  He said that the companies make lots of money while artists don’t (they make the music for the public, not for profit).  And either way, he wouldn’t buy the music anyway so it wouldn’t make a difference.  “My friend,” I said, “thank you for proving my point about rationalization.”  Then I asked him to imagine if the product in question represented several months or even years of his life.  All that time he was creating, writing, editing, and marketing this thing in order to fund his next project.  And then everyone downloaded it, illegally, for free.  At which point he sat down.

My second thought, after realizing my popularity in the “download for free” category, was about the potential for moral deterioration on a broader scale.  Once people start seeing a particular behavior — such as illegally downloading books, music, and movies — as a very common behavior, there is a chance that this sense of social proof will translate into a new understanding of what is right and wrong. Sometimes such social shifts might be desirable — for instance, being part of an interracial couple used to be considered illegal and immoral, but now we see such couples all around us and it helps shape our understanding of social approval.  However, the behaviors we most often observe and notice are ones that are outside of the legitimate domain (e.g., doping in sports, infidelity by politicians, exaggerated resumes by CEOs) and in these cases the social proof can change things for the worse.

And then I had an insight about confession.  How can we stop such trends toward dishonesty (in this case, broader acceptance of illegal downloading)?  The problem is that if someone has acquired 97% of their music illegally, why would they legally buy the next 1%?  Would they do it in order to be 4% legal?  It turns out that we view ourselves categorically as either good or bad, and moving from being 3% legal to being 4% legal is not a very compelling motivation.  This is where confession and amnesty can come into play.

What we find in our experiments is that once we start thinking of ourselves as polluted, there is not much incentive to behave well, and the trip down the slippery slope is likely.  This is the bad news.  The good news is that in such cases, confession, where we articulate what we have done wrong, is an incredibly effective mechanism for resetting our moral compass.  Importing this religious practice into civic life was effective in the Truth and Reconciliation Act in South Africa, where acknowledging the many abuses and violations of the apartheid government allowed the South Africans to forgive past sins, and start fresh.

I think that this same approach could be effective in preventing people from illegally downloading music and books.  Why don’t we offer young people (because let’s face it, most of them have some illegally downloaded material on their computers) the opportunity to admit and apologize, receive amnesty for the material they already have, and start fresh.

In the meantime, until we adopt this course of action, I am hoping that the New York Times will create a Best Seller list for a new category – the Most Illegally Downloaded Books.”