Flameout Ahead? Goldman Sachs Is About to Invest $100 Million In Spotify…

We’re either looking at the biggest winner of the modern music business, or the most massive flameout this industry has ever witnessed.  According to a report just published by the Wall Street Journal, Spotify is about to receive a staggering $100 million from Goldman Sachs, which puts the streaming service at a $3 billion valuation.  Others are apparently involved in the round, though Goldman was the only name mentioned by the Journal.

For Spotify, this follows an earlier – and similarly-massive – $100 million round from last year.  Sounds great for well-compensated executives like CEO Daniel Ek, though the monstrous valuation severely narrows the number of potential acquirers.  Perhaps more importantly, the heavy presence of Goldman Sachs now strongly suggests a Wall Street play, despite an extremely tough IPO market for tech startups.  And, an utterly brutal post-IPO reception for other high-profile music startups like Pandora. 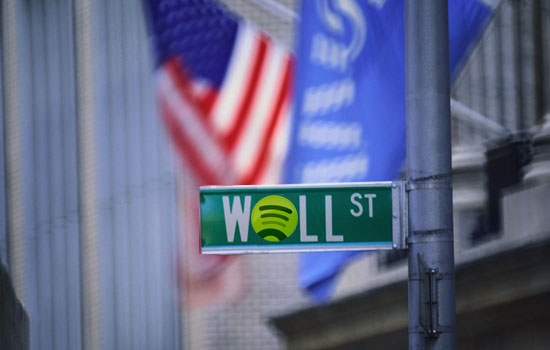 Goldman will likely be positioning this property for a cool flip, probably in a matter of a few years.  Which of course prioritizes the purse for Goldman and a cadre of top financiers, but may de-prioritize the long-term prospects for Spotify and even the broader on-demand streaming space.

Artists are almost certainly not part of these calculations.

News of the round closely follows a coal-raking financial review of Spotify by PrivCo.  The financial firm pointed to a balance sheet that was simply ‘alarming’ and ‘unsustainable,’ at least without massive structural changes.