So why did Metallica finally license Spotify? It’s actually quite simple: they’re getting paid, on terms they control, through a label they created and control.  Which means, no more intermediary, no corporation squirreling money into recoupment accounts and revolving financial buckets.  This is reliable cash for Metallica, not a tiring audit. 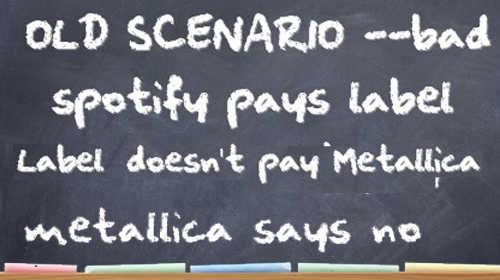 Spotify would love for Metallica to be the floodgate, the beginning of a sea-change in artist sentiment around streaming.  But Metallica only made this deal after it severed its contract with Warner Music Group.  And major labels still control vast amounts of content that Spotify needs; they aren’t going away tomorrow.  Spotify naively wants those sullied artist/label relationships to be over there; if only it was that easy.

And Blackened Recordings is a real label, not some post-major rebirth.  Because Metallica now owns their masters, and controls everything through Blackened.  Which also means that Metallica is the rare legacy artist that is not only active, relevant and in-demand, but also in control of their most important body of work (ie, the stuff people want to hear the most). 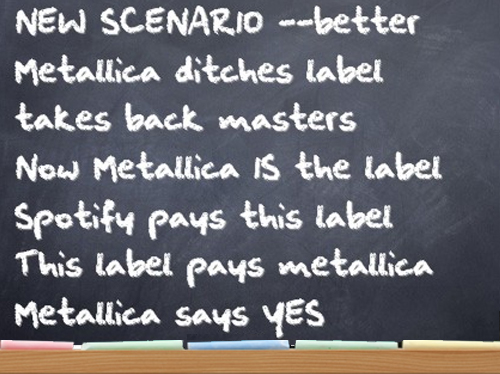 It’s really simple.  Metallica found a way to get paid, outside of a machine that frequently doesn’t.