But this isn’t just a battle between Jeff Price and his former company anymore.  It’s also a war that involves co-founders Peter Wells and Gary Burke, not to mention a group of unhappy shareholders.  In fact, one of those shareholders has now shared internal documents with Digital Music News pointing to a pending legal attack against Price & Co.

In a February 5th memo stamped ‘Confidential’ from the TuneCore Board of Directors to shareholders, the company strongly suggested that legal action against the original co-founders was forthcoming.  The stated reason is that Price, along with Wells and Burke, have apparently been hatching a TuneCore competitive service, with Burke accused of conspiring while still employed at TuneCore. 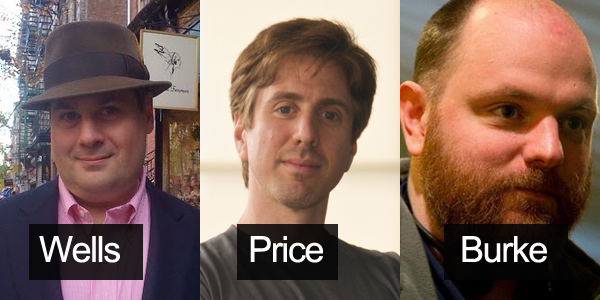 Whether this competitive plot violates other agreements was not specified.  “It has come to the attention of the Board that Mr. Jeff Price, Mr. Peter Wells, and Mr. Gary Burke have been working together to launch a new company that may be competitive with TuneCore while Mr. Burke was still employed at and paid by TuneCore.  These actions are in breach of various legal agreements, and are in direct conflict with outcries from Mr. Price and Mr. Wells that they have the TuneCore’s best interests in mind.

“The Board is considering legal action at this moment.”

The warning shot is part of a broader set of vitriolic volleys.  In an exclusive interview with Digital Music News last October, Price claimed that his firing was ‘without cause’ and part of a ‘grudge’ from TuneCore investor and Board member Gill Cogan.  Indeed, shortly after his firing, TuneCore attempted to arrange interviews and coverage with Digital Music News, but only on the condition that Price’s name be kept completely out of the coverage (of course, we refused).

Then there’s the rumored pissing match over a $500 expense report submitted by Price.  That amount is actually $522, according to the stakeholder, and TuneCore is flatly refusing reimbursement.  “TuneCore, for reasons unknown, will not stop trying to persecute Jeff Price,” the stakeholder shared.  “This is obviously personal for TuneCore.”

“They have sent threatening letters about his Twitter handle and denied over and over again a $522.00 expense report.  This probably cost them thousands of dollars in legal fees.  It is laughable.”

Separately, the Board also noted that outside investment bankers have now been hired to investigate financing or ‘strategic relationship’ possibilities.  Which could be a play to finally flip this thing, warts and all.  “During 2012, the Board introduced to management and subsequently retained a boutique investment banking firm with knowledge and expertise in media companies.  The reason for retaining this firm was to assist management in raising capital and exploring strategic relationships.”