She’s no stranger to gutsy, irreverent journalism, and definitely isn’t afraid to take a few jabs (and return them as well).  But what really sets Helienne Lindvall apart is that she’s a musician and songwriter herself, which means she’s on the front lines of many of the issues important to the music industry and its participants.

Which also means Helienne Lindvall is absolutely perfect for Digital Music News, and will take our coverage, insight, and credibility to an entirely new level. 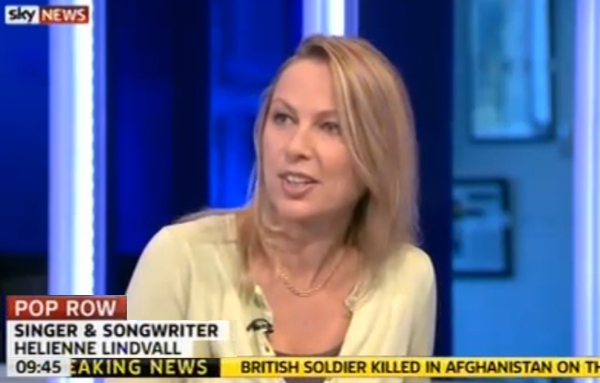 Many will recognize the name: Helienne (pronounced like ‘Korean’) is a longtime music industry writer for the Guardian in London.  And, that will continue: as part of a fantastically flexible arrangement, Lindvall will live in the trenches of Digital Music News, while also tackling tough Guardian responsibilities as well.  So, if she doesn’t get right back to your emails, there’s a reason.

Helienne was born and raised in Sweden, but now lives in London, which adds an entirely new geographic footprint for us as well.  Prior to landing in London, Helienne worked as a session singer, recording artist, and performer in New York.  Once in London, she inked a publishing deal with BMG Publishing Scandinavia, while working with artists on both sides of the Atlantic.

And, this isn’t Helienne’s first rodeo: apart from the Guardian, Lindvall’s been published and has written for Netopia, the Australian and STIM-Magasinet, and has appeared on Sky News, the BBC, Irish National Radio and Swedish National Radio.

So please help me give a warm, Digital Music News welcome to an incredible writer.