It symbolizes everything that changed SXSW, and it’s definitely confirmed to reappear this year.  It’s the larger-than-life, Doritos vending machine-turned-performance stage, and it’s being reconstructed in exactly the same place for SXSW 2013.

Which means, it’s working, and it’s gonna be here for a while.  Here’s a snapshot taken last night on 5th and Red River in downtown Austin, with the Hilton in the backdrop. 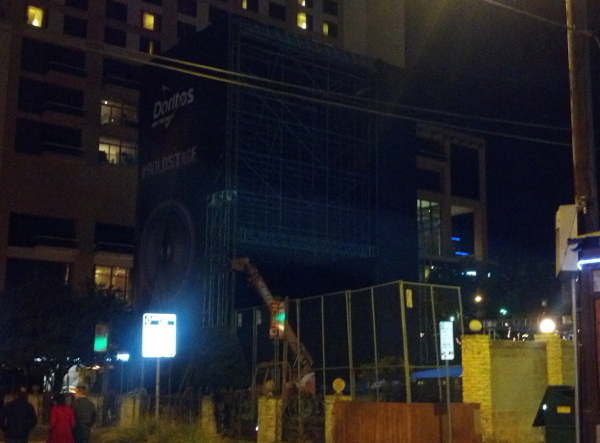 The 62-foot monstrosity is still getting some finishing touches ahead of a March 14th opening.  Whatever it was called last year, it’s now being called the Doritos BoldStage, with a Twitter-heavy, fan-engaged campaign and headliners that include LL Cool J, Public Enemy, Doug E. Fresh, and Ice Cube. 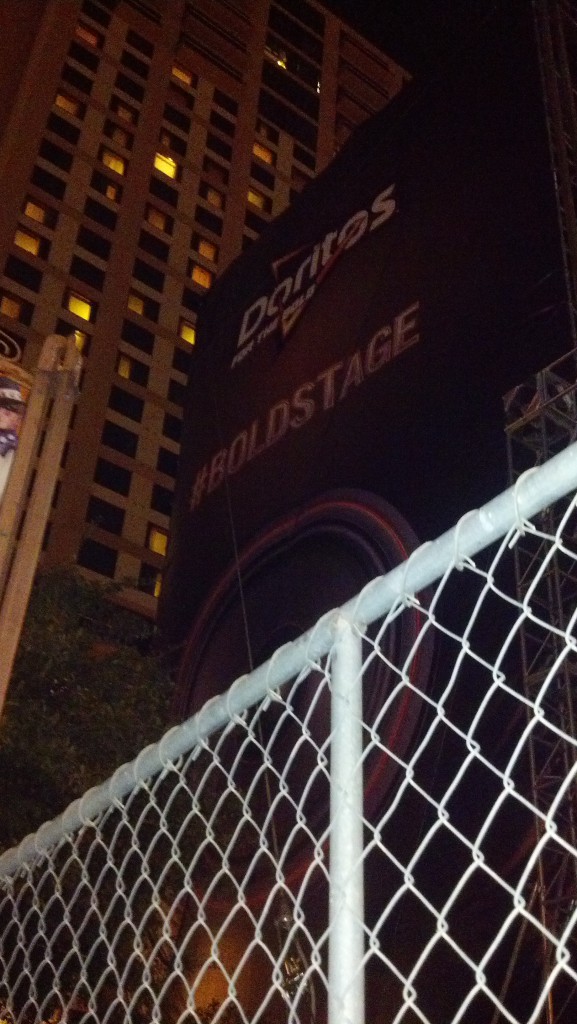 The campaign is designed to generate as much fan interaction as possible, and will be live-streamed on Facebook.  Accordingly, fans can select the opener for LL through their Twitter activity, and even stage effects will be determined by the mob.

All of which means that despite grumblings from longtime SXSWers, advertisers are getting ready to transform this little Texas town in the something Vegas-like.  Indeed, Doritos has now become a SXSW Moses for other big-name advertisers, and this little stage may soon blend into the landscape.