And the problem with all that social connectivity?  It’s usually very time- and labor-intensive, and produces a near-zero monetary payoff.  Which is exactly the problem Chirpify wants to solve: the company already has integrated commerce solutions for Twitter and Instagram, and now, Chirpify has released the Facebook companion.  “This is the first and only way that businesses, non-profits and consumers can buy, sell, donate and raise funds directly in the Facebook news feed with a comment without ever leaving the social media outlet,” an executive shared.  Owl City and Neon Trees are early takers.

But be wary, Facebook-based startup.  We bring you to the carnage now surrounding the Paris-based MXP4 (aka, Bopler Games), a heavily-funded startup focused on artist-focused Facebook gamification.  These were dedicated, gamified environments designed to engage (and move beyond Facebook), though investors are now disengaging after funding levels that surpassed $13 million (and pushed towards $15 million according to one source).  Now, ITexpresso.fr is pointing to a distressed pluck by Souva, with early-stage investor Orkos Capital apparently still involved (also according to the source).  Soffinova Partners, also a big investor, is apparently exiting entirely.

Question: why must rappers be so hard, live so hard, and hardly take a break?  The dangerous rap lifestyle recipe is putting Lil Wayne on the ropes, with excessive drugs and a relentless schedule suggested culprits for multiple seizures.  The latest seizure put Wayne in the hospital for a week, with his release from Cedars-Sinari Medical Center on Monday raising more questions than answers.

Meanwhile, the heat seems to be temporarily turned down on Rick Ross, whose seizures are complemented by obesity and a flurry of gang-related death threats (and attempts).  That means non-stop police and bodyguard protection, though this recently-filmed Reebok spot lightened the mood a bit.

And what about Tone Loc, the old school warrior who just collapsed on stage during a St. Patrick’s Day performance in Des Moines?  This wasn’t the first falling down for Loc: in fact, the throaty rapper has dropped multiple times on stage, and has suffered at least one seizure of his own.

Grim stuff, all of which brings us to the scary and macabre Joss Stone murder trial.  Thankfully, Stone’s very much alive at this moment, though not if a strangely-hatched assassination plot had been carried out.  Opening arguments are now examining the details of a lurid plan involving Manchester-based duo Junior Bradshaw and Kevin Liverpool.  That was potentially part of a broader group intent on robbing and murdering the singer.

Oh, there’s another trial… that won’t be happening.  The Supreme Court has denied certiorari in the matter of Jammie Thomas-Rasset vs. Capitol Records, which means Thomas is officially saddled with a $222,000 fine for uploading 24 MP3s.  Over the past seven-plus years, Thomas wrangled repeatedly with the RIAA through several trials, and fines that at one point soared into the millions.  In the latest round, even the Obama Administration stepped in, advising the Supreme Court not to accept the case.

And what about the death of physical retail?  The march to flatline hits a new nadir on March 25th, when Deloitte is hoping to dump its HMV holdings and avoid any upcoming rent commitments.

And alas, there are many downsides to this modern, digitally-connected, disrupted music-listening environment in which we live.  Like, have you ever tried to flip an album (or single) cover upside down on an iPad?  It’s a tail-chasing adventure… 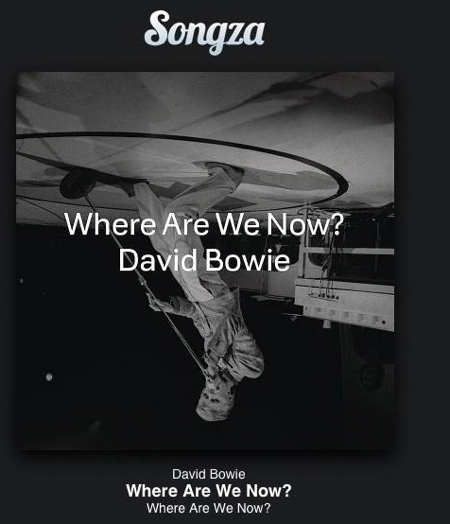 … and more ahead! stay tuned…