The first quarter numbers are in, and they’re dripping with hope.  According to Digital Music News first quarter tallies, music financing topped an impressive $129.7 million during the first three months of this year, an impressive 54.9 percent gain over the same period last year.

And those are just the amounts we can confirm. 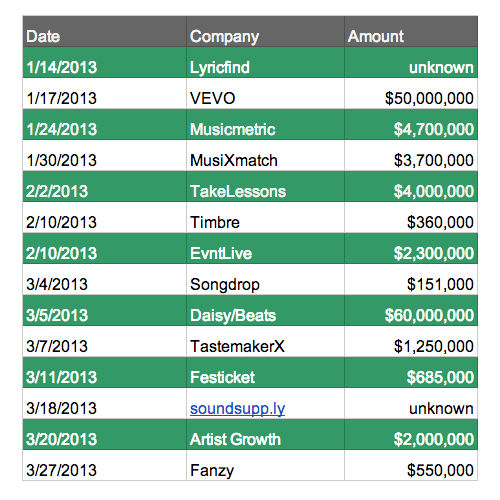