Add Up Every Song Played. On Every Platform. And This Is What It Looks Like…

This is based on a just-released report by NPD Group, one that specifically looks at where people get their music.  And, how much music is played across what platforms.  The survey results, which are specific to the 13-35 year-old demo in the US, look like this. 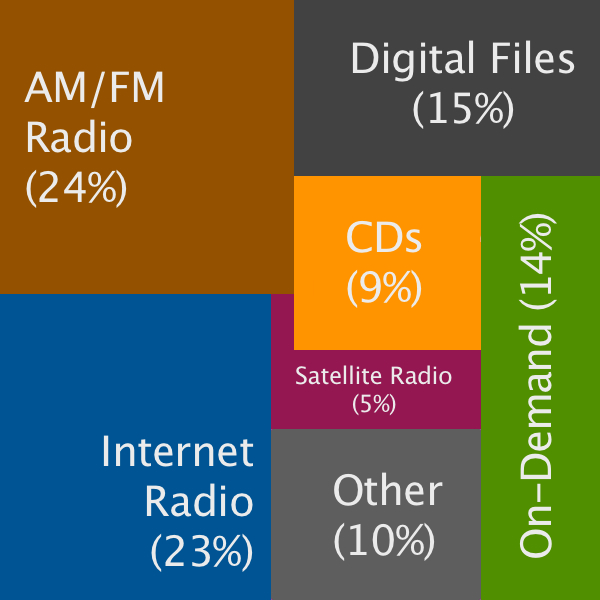 Above 36, and things start to change dramatically.  NPD found that 41 percent of listening in the older bracket happens through AM/FM radio, with far less excitement around digital platforms.

Back among the 13-35s, the shift is underway, with the car a major warzone ahead.  “Six out of 10 consumers (62 percent) between the ages of 13 and 35 who used streaming services used these services more than they had in the past,” the report indicated.  “And 51 percent reported that most of their music listening was in their cars.”