While this week’s IFPI report on the global revenue from recorded music saluted the growth of digital downloading and streaming, there were two countries in the top 20 markets where the trend was going the opposite way — Japan and South Korea.

The Japanese market, which now makes 80 percent of its revenue from physical, saw digital revenues drop by 25 percent in 2012.  This was attributed to a continued fall in the mobile market (which has dominated digital music consumption in the country) and an increase in piracy, causing the country to introduce laws that criminalise illegal downloading.  However, the country’s 11 percent growth in physical more than offset the decline, as Japan was the only country in IFPI’s market top 5 that saw overall growth – by a full 4 percent, making it the second biggest market in the world. 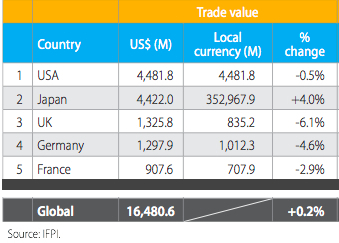 Though the South Korean market has grown steadily since it introduced strict anti-piracy laws, it fell by 4.3 percent in 2012.  (In 2008 it grew by a whopping 25.6 percent, in 2009 by 10.4 percent, in 2010 by 12.3 percent and in 2011 by 6.4 percent).  South Korea’s digital revenues also dropped by a massive 25 percent, which is largely blamed on the collapse of one the country’s biggest digital services, the social networking platform Cyworld.

It appears that a large part of Korean music fans moved from digital to physical when this happened, as the physical market grew by 11 percent and is now representing 74 percent of all revenue.  But because digital had dominated the South Korean music market up until then (in 2010 it made up 53 percent of overall revenue, with physical only representing 22 percent), that rise couldn’t offset the digital drop.

So why is Japan and South Korea bucking the trend? The answer is: K-Pop and J-Pop.

European A&R executive of Universal Publishing Pelle Lidell has been a pioneer among western music executives by tapping into South Korea as a new songwriting frontier about six years ago. Explaining why CDs are so popular there, he points to the fact that K-Pop music companies, the biggest being SM Entertainment, don’t release them in ordinary CD cases; they’re all in glossy luxury packaging.  They’re also often released in multiple different packages – and K-Pop fans buy them all. 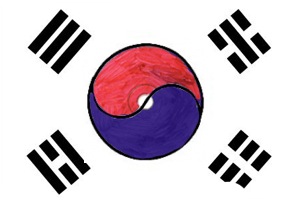 Last year, Korean female groups KARA and Girls’ Generation released their CDs in multiple versions, featuring different covers with each girl in the band – and there are nine members in the group.

Sure, PSY’s “Gangnam Style” single (which, by the way, is not in the K-Pop genre) became Korea’s biggest selling single of last year, thanks to its international success.  But it didn’t make a dent when it came to albums.  In that chart, K-Pop ruled supreme. Matter of fact, all top 10 albums were in that genre, with Super Junior at the top, followed by BigBang and TVXQ. 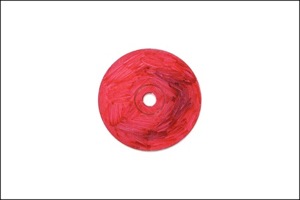 Japan’s equivalent, J-Pop, has also played a major factor in the rise of CD sales.  In 2012, the number of CDs sold (166.4m) surpassed the number of single digital tracks sold in the country (150.1m) for the first time since 2008.  This may be attributed to Japanese companies selling CD singles bundled with promotional content, such as photos and tickets for handshake events.  You don’t get that with a digital download.  “CDs are becoming the new merchandise in Asia,” said Sandy Monteiro, president of southeast Asia, Universal Music Group.

Sometimes when Lidell gets a cut with a K-Pop song, he’ll make three different adaptations: Korean, Japanese and Chinese.  This is because the Korean entertainment companies often replicate an act’s success in those countries, sometimes with a local slant. TVXQ call themselves Toshinki in Japan, and though SME’s boyband Super Junior is Korean, the company has also put together a Super Junior in China.

As the love of K-Pop has spread across southeast Asia, Korea recently joined a select group of countries that export more music than they import – the other three being the US, the UK, and Sweden.

So what can music labels in the rest of the world learn from these two countries?  That they should invest in K-Pop?  Not necessarily. K-Pop lyrics are usually in Korean with a few English lines thrown in here and there (in particular the hooks), and so far no K-Pop acts have managed to replicate their incredible success outside southeast Asia – not even the ones who have used all-English lyrics.  It’s doubtful that K-Pop artists can replicate PSY’s success, as Gangnam Style’s success wasn’t K-Pop – not even the video was made in a K-Pop style.

Can they learn that they need to provide a large choice of legal digital music services in order to do well? There are conflicting messages here: in Korea, the loss of one of the biggest digital music services resulted in a drop in overall revenue.  In Japan, the decline in digital boosted overall revenue.  But maybe that’s because Korea already relied on digital much more than Japan did.

What is clear, however, is that being creative in the way you package CDs and what you bundle them with could turn around the steep decline in sales – and that, in turn, could stem the decline in overall revenue.  Maybe the music industry shouldn’t be so obsessed with turning all music fans into digital consumers.