What Hunter S. Thompson Really Said About the Music Industry… 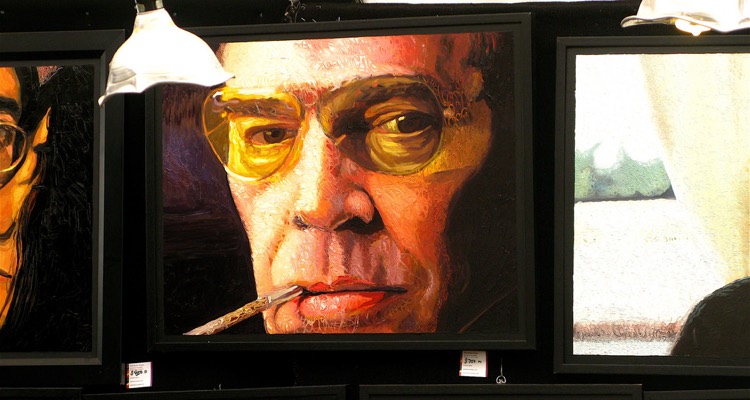 Portrait of Hunter S. Thompson for Sale at Bonnaroo, 2010 (photo: librarianfinsen CC by 2.0)

Hunter S. Thompson is often credited for penning a darkly accurate description of a crooked music industry. But the quote, which frequently starts, ‘the music industry is a cruel and shallow money trench,’ turns out to be an internet fiction.

In reality, Thompson wasn’t talking about the music industry at all, according to some diligent research by David Emery.

Here’s the original quote, first printed in 1985 in the San Francisco Examiner and later in 1988 in Generation of Swine: Tales of Shame and Degradation in the ’80s before getting twisted around.

“The TV business is uglier than most things.  It is normally perceived as some kind of cruel and shallow money trench through the heart of the journalism industry, a long plastic hallway where thieves and pimps run free and good men die like dogs, for no good reason.

Which is more or less true.  For the most part, they are dirty little animals with huge brains and no pulse.” 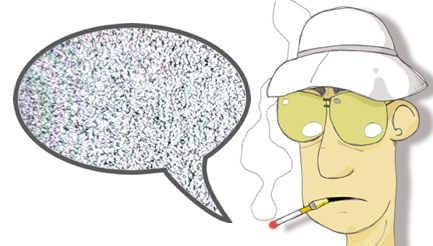 The rest — including the ‘there’s also a negative side’ ending — seems like total embellishment.  But the biggest fiction is that the entire above quote is about the music industry.

But that doesn’t mean the shoe doesn’t fit.

Middle image adapted from a caricature illustration in the public domain.