It’s been a week of outing the tax avoiders.  First, Eric Schmidt was grilled on BBC Radio 4’s The World at One over the fact that Google pays virtually no tax on UK profits, despite sales of £3.1 billion ($4.8 billion).  Google does it by diverting most of its British revenue via Ireland.

Matter of fact, last year the company paid only £227 million ($351 million) in “foreign” corporation tax, despite £16.9 billion ($26.1 billion) in sales outside the US.  Schmidt defended the company’s tax planning by saying Google “invested heavily in Britain” through hiring employees there, and empowered “literally billions of pounds of start-ups through [its] advertising network”. 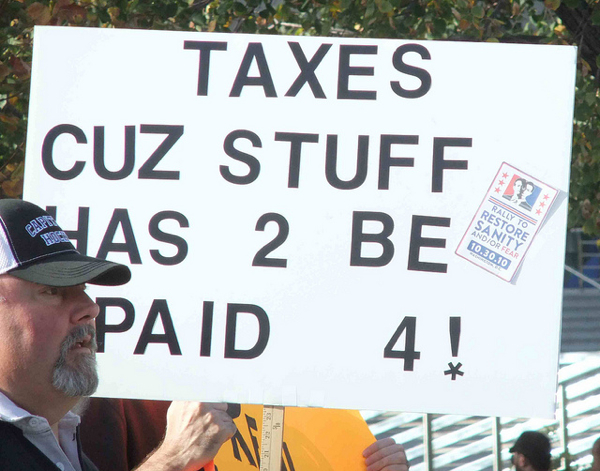 It turns out, however, that Facebook goes even lower.  When the company’s chief operating officer, Sheryl Sandberg, was questioned by a BBC World News reporter over the “whopping” 0.5% tax the company pays outside of the US, Sandberg (like Schmidt) said defiantly that Facebook complies with all tax laws and regulations.  “I’m not accusing Facebook of committing a crime,” countered the reporter.  “I’m asking you if you think it’s ethically and morally acceptable to pay that little considering the financial hardship [the rest of the world] is currently experiencing?”

Sandberg simply reiterated that the company wasn’t doing anything illegal.

Incidentally, Martin Mills, the founder and chairman of the Beggars Group, the independent label group that has Adele and Radiohead on their roster, calculated last year that he had paid more UK taxes than Facebook, Google and Amazon combined in the latest tax year.

Now it’s come to light that Spotify co-founder Martin Lorentzon is also a member of the tax avoidance club – though he’s gone one better than Facebook and managed to avoid paying taxes altogether in the country where he’s based.  The Swedish National Radio reports that Lorentzon set up a company called Rosello in Cyprus in 2005, just as he was about to sell his stocks in Tradedoubler – a sale that earned him at least 250 million Swedish kronor ($38 million) in profit from 2005-2007.

Had those shares remained in Lorentzon’s Swedish company (he has remained a registered resident of Sweden all this time), he would’ve had to pay at least 25% in corporation tax.  That’s more than 60 million kronor ($9.1 million).

However, Lorentzon transferred the shares to his Cyprus company in anticipation of the sale, turning his tax liability into zilch.

According to recent official documents, Lorentzon’s share of Spotify is also in Rosello – shares that, according to the radio report, are worth billions of kronor.  There is very little information available about the company at Cyprus’ company register – it hasn’t even filed any yearly reports since it was set up, which is against registry rules.

None of the people involved in the company are identified in the documents, but its mailing address belongs to Nordic Finance, a company run by a former employee of the Swedish tax office, which promotes Cyprus as “an attractive location for tax planning”.

The register does reveal that Rosello is owned by Luxembourg-based company Amaltea – which, it turns out, is owned by Lorentzon.  Amaltea shares its Luxemburg address with Spotify’s parent company, which in turn is owned by Rosello.  See how that works?

Despite being a resident of Sweden, Lorentzon hasn’t paid any taxes in the country for 2007-2010 (the latest tax period for which information was accessible).  According to the tax office, Lorentzon was worth 140 million kronor ($21.2 million) in 2006, but it has no details on his financial state after that.

The reason the Spotify co-owner’s tax arrangement is making the news now is because Lorentzon has been elected onto the board of Swedish telecom giant Telia Sonera, and tasked with increasing the company’s corporate social responsibility.  Telia Sonera’s former employees are under investigation in an alleged bribery and money laundering case in Uzbekistan.

Incidentally, Lorentzon’s 230,000 shares in Telia Sonera go through his Cyprus tax arrangement as well, but Kristina Ekengren at the ministry of finance, who partook in the nominations, didn’t think this was reason to exclude him from the board.  “The government believes that people should contribute to the Swedish society by paying taxes here, and I agree.”

But, she says, Lorentzon’s accomplishments as an entrepreneur are unique for Sweden, as he’s built two successful companies in the new technology sector.  “He’s difficult to beat. I think we should be proud of him in Sweden.”

So there you have it – the Swedish government apparently thinks tax avoidance is morally and ethically okay as long as you give Sweden a chance to brag about your business accomplishments.