That’s according to several indie label sources, all of whom have agreed to share top-level contract details with Digital Music News.  These are bigger labels you’ve definitely heard of, along with a number of smaller labels and indie distributors.

All of them are essentially confirming this: Apple is now sending pre-filled, inferior contract terms to independent labels for iTunes Radio inclusion.

“[Apple] will not make much in the agreement negotiable, if anything,” one label source shared.

Another noted that indies are being handed “significantly less favorable terms than what the majors are reportedly receiving,” with little wiggle-room for negotiation.  “The deal terms are basically what they are, that’s the way Apple’s been doing it from the beginning,” another source noted.

“I think it’s really just the majors [getting their deals] and then everyone else.”

The terms have been judged “substantially inferior” to deals forged with major labels Sony Music Entertainment, Warner Music Group, and Universal Music Group.  Starting months ago, that trio negotiated healthy advances in addition to per-stream and ad-sharing revenues, according to multiple sources familiar with those discussions.

Indies, on the other hand, will not be receiving advances, at least according to the sources sharing information.  But one source noted that the pre-determined contracts do contain per-stream and ad-sharing components.  Both are lower than the rates secured by the majors. 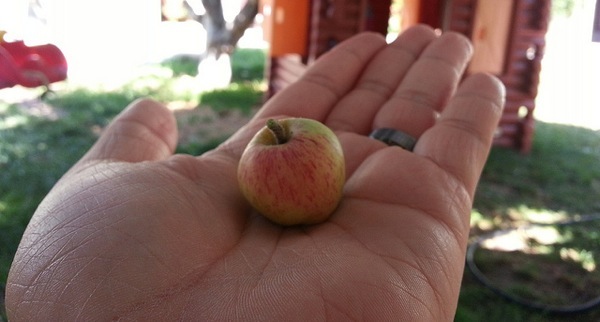 In the major label agreements, several reports note that revenue-sharing will begin after ad-based revenues on iTunes Radio reach a certain threshold.  Advances, of course, happen prior to launch and are immediately bankrolled by the beneficiaries.

The ‘sign here’ situation raises some questions about the absence of Merlin in these negotiations.  The indie consortium, often an important rabble-rouser for the little guy, doesn’t appear to be conducting any negotiations with Apple.  Indeed, Merlin head Charles Caldas has said nothing to the media about Apple’s iTunes Radio rollout, and flatly declined to speak with Digital Music News on the matter.

Other questions also remain unanswered, including the sway of larger indies.  That includes groups like Big Machine Label Group, Glassnote Records, and XL Recordings, all of whom are technically indies but carry extremely important catalogs spanning the likes of Taylor Swift, Mumford & Sons, and Adele.   A pre-filled, ‘sign here’ form could be flatly insulting to these organizations, and separate negotiation rounds could be happening with the largest indies.

So let’s talk some numbers, shall we?  The deal was deemed ‘complex’ by one source who agreed to discuss specifics, with ‘greater than the sum of’ types of clauses sprinkled throughout.  But the basic payout for indies seems to be $.0013 per ‘royalty-bearing stream,’ with marginally higher rates for premium, iMatch subscriber streams.  That rate increases to $.0014 in year two.