The 360 Deal: Everything You Need to Know 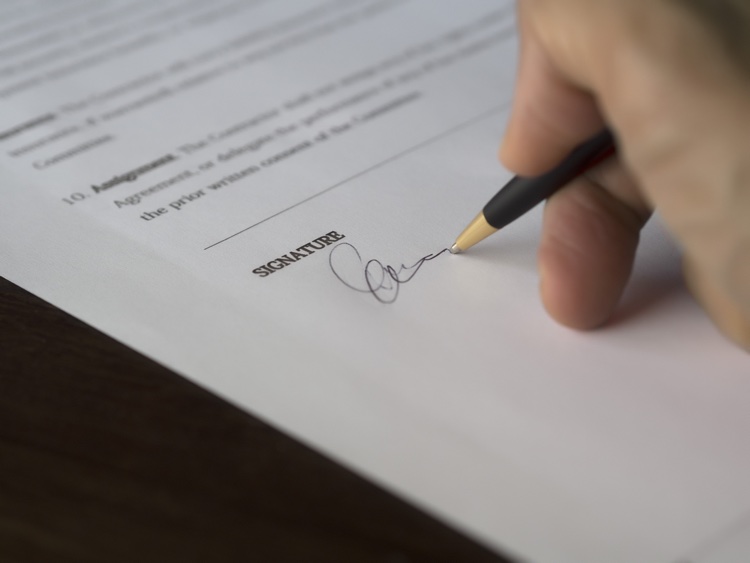 Should you sign a 360 deal?  These deals have plenty of pitfalls, but with a choice of the 360 deal versus no deal, it may be worth accepting — but only if properly negotiated and only if the major pitfalls touched upon in this article are avoided.

If your career is hitting the point where a serious contract is on the table, please read this (and get a good lawyer).  It comes from longtime music industry attorney Steve Gordon, Esq., whose seen his fair share of artist contracts over the decades – major, indie, good, bad, or otherwise.

First, let me give every artist and manager a quick primer on what a 360 deal is.  Basically, the ‘360 deal’ (also called the ‘360 degree deal’) is an exclusive recording contract between a record company and an artist in which, in addition to monies from sales of the artist’s recorded music, the label shares in other income streams such as touring and live performance, merchandise, endorsements, appearances in movies and TV, and if the artist also writes songs, publishing.

In fact, most 360 deals have catch-all phases giving the label a financial interest in everything else that the artist does in the entertainment business.

A traditional recording agreement only provides an income stream for the label from record sales.  But similar to the traditional recording agreement, under the 360 deal the label acquires the copyrights in the artist’s recordings and options for multiple albums.  The 360 deal also usually includes all the same deductions from record royalties as the traditional deal, including producer royalties and reductions for packaging, “net sales,” foreign sales, midprice and budget records, and even “new technology.” (originally applied to CD royalties and now to digital sales).

The traditional recording agreement had a lot of bad stuff in it for the artist. The 360 deal usually has all of that, and a lot more.

The 360 deal is not new.  The first reported one was English recording star Robbie Williams’ deal with EMI in 2002.  But in the last few years 360 deals have become common place.  New artists signing with a major label or their affiliates can expect it as a matter of course.  The reason for the prevalence of the 360 deal is the dramatic decline in income from sales of recorded music.

Income from sales of pre-recorded music reached its peak in 1999 at approximately 14.5 billion dollars.  By 2012 that amount had shrunk to only approximately $7 billion —  a decline of more than 50% not accounting for inflation.

This is the reason that labels began to pursue income from sources that would have once been sacrosanct to the artist.

Under the traditional paradigm, the label would pay the artist a small royalty which was even smaller after all the deductions.  The artist could expect to receive no recording royalty at all unless his album was a major commercial success.  But he got to keep everything else: publishing, merch, touring, endorsements, etc.

However, these days artists often generate more money from other activities than record sales.  For instance, Lady Gaga’s Monster Ball Tour grossed over $227 million dollars, and 50 Cent’s deal with Vitamin Water turned golden when he accepted shares in the company in exchange for authorizing the use of his professional name in “Formula 50”.

It is reported that his shares were worth over $100 million after Coca-Cola purchased Vitamin Water’s parent, Glacéau, for $4.1 billion.

These developments have spurred the labels to seek to participate in all the possible revenue streams generated by an artist.  In my own practice, I have seen small labels also known as production companies get in on the act and insist that new artists sign 360 deals with them even if they put little or no money into recording and make no promises in regard to marketing or promotion.  These companies expect the artist to provide fully mastered recordings for little or no money upfront, and they demand income from all sources of revenue.

Bottom line: The 360 deal is a horrible deal.

Record labels argue (and majors who pay big advances have more credibility in making these arguments) that they make significant investments in an artist’s career by, among other things, putting up considerable sums for recording including paying advances to A-level producers, getting the artist’s music on commercial radio, securing invitations for the artists to perform on popular television shows, paying for one or more top quality videos for YouTube and other outlets, and providing tour support before the artist is popular enough to demand significant sums for live performances.

For emerging artists, a major label deal may be the path to becoming famous and rich.  For instance, Lady Gaga was a virtual unknown before Interscope spent a vast sum putting her on tour as an opening act for the New Kids on the Block, paying for marketing (particularly to the gay community), hiring wardrobe and makeup, and paying all her other expenses for over a year, not to mention using their clout to get her invited as a guest on almost every important radio station in the country.

The labels argue that 360 deals are fair because monies generated from touring, merch, endorsements, and other streams would not exist at all without their efforts.

Many artists and their representatives would contend that it isn’t their fault that the labels are making less money from their records.  360 deals, they would maintain, are just a cynical money grab by record companies who are facing dwindling income from recorded music because they have failed to react appropriately to the changing industry.  Asking artists to foot the bill hardly seems fair.  But the reality is that since all the major labels and affiliates usually demand 360 terms, the artist may not have much choice. Given that reality, let’s discuss how the artist’s attorney can improve the deal.

The ability of the artist’s attorney to improve a 360 depends on the artist’s leverage as much as the lawyer’s knowledge and negotiating skills. For instance, if there is a bidding war among two or more labels, the lawyer’s ability to improve the deal increases immensely.  If the artist is already making significant income from live shows, if not from record sales, this can also aid the lawyer in negotiating better terms or at least carving out those areas where the artist is already earning money from the 360 deal.

If an artist is already earning revenues from a particular source, the lawyer should try to carve that stream out of the 360 deal. For instance, certain EDM artists are earning tens to hundreds of thousands of dollars playing large venues and festivals. If a label wants this kind of artist, it should be prepared to forego tapping into live performance income as they had nothing to do with creating it.

Get the label to work for the money or at least pay advances for each stream.

In an interview about 360 deals with entertainment attorney Elliot Resnick (on Youtube, here) we referred to the splits in a form agreement that he supplied. The contract provided that the label’s take for various streams was as follows:

• 25% of any other income from the entertainment business including appearances on TV and movies, theatre, book publishing, etc.

These above percentages are typical but the actual amounts vary from deal to deal. Whatever the splits are, the artist’s attorney should try to get the label to commit to doing something to deserve a share of each income stream. For instance, in return for its 25% the label should commit to manufacture merch and sell it at retail, via the Internet and supply the artist with merch for sales on tour.

In regard to publishing, a 360 deal may include a “co-publishing” agreement in which the label has exclusive control of any songs that the artist writes during the term, and the label retains 25% of any monies generated from the songs.  Or, the label may demand 100% of the “publisher’s share” or 50% of all income generated by the artist’s songs.  In exchange for either of these arrangements, which are major gives, the label should have a dedicated staff committed to collecting monies generated by the artists songs, and that can pitch the songs to other artists for covers and music supervisors for placements in movies, television, video games, etc.

Just as important as negotiating for the label’s commitment to earn its keep for each stream and to pay advances for each stream, the lawyer should make sure that the label cannot cross-collateralize each stream.  This means that the label should not be able to take money from one stream to pay for unrecouped balances for another.  For instance, if the label pays $100,000 for recording costs and the artist’s royalty after deductions is 50 cents for an album that sells at $12.00, the artist must sell 200,000 albums to break even.

Now, suppose the artist only sells 100,000 (still a considerable feat in today’s market), and his income from touring is $50,000, if the contract allows the label to cross collateralize the various streams, the $50,000 will be applied to the “red balance” in his recording royalty account.  This means the artist would receive nothing from touring — the monies would be applied to the unrecouped recording costs.

If the artist must shell out a percentage of his touring or merch or other income to the labels, her lawyer has to insure that the percentage is based on net, not gross.  For instance, if a tour earns the artist $25,000 but her expenses added up to $20,000 (for hotels, transportation, booking agent fees, sound and lighting, etc.), the label should only commission the $5,000 in profits not the entire $25,000.  Indeed, if the label’s commission was 25% and that was based on gross, the amount due to the label would actually exceed the artist’s profit.

As I mentioned earlier, 360 deals generally suck for artists.  But it may be worth accepting – but only if properly negotiated and only if the major pitfalls touched on in this article are avoided.  Obviously the artist should never enter into any exclusive recording contract, let alone a 360 deal, without the assistance of capable counsel.

Steve Gordon would like to acknowledge the research assistance of Joy Charles in preparing this article.