Consider this sudden shift: in late May, year-to-date financing of music startups and companies was more than double the same level in 2012.  By the end of June, it was suddenly 10.3 percent below last year’s mark.

Things are suddenly moving in the wrong direction.  During the first half of 2012, total music-related funding topped $238.8 million, compared to $214.1 million at the same point in 2013.  The new comparison look like this, according to funding activity tracked by Digital Music News. 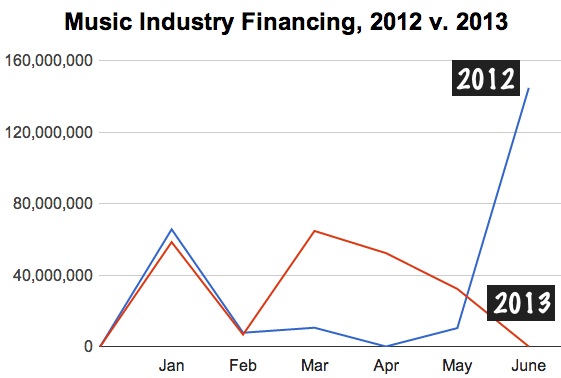 Tilting the tables last year was Sonos, who grabbed a lofty, $135 million round in June of 2012.  That was complemented by several, low-millions rounds during the same month.

But wait: what about that $40 million round just secured by Shazam?  That’s a lot of cash indeed, though last year, July funding exceeded $100 million (and July is almost one-third over).  Earlier, YouTube confirmed a sizable investment in VEVO (rumored to be in the $45-50 million range), though that was actually counted back in January (based on very credible rumor).

And with that, here’s the running tally of year-2013 rounds, including the injection for Shazam. 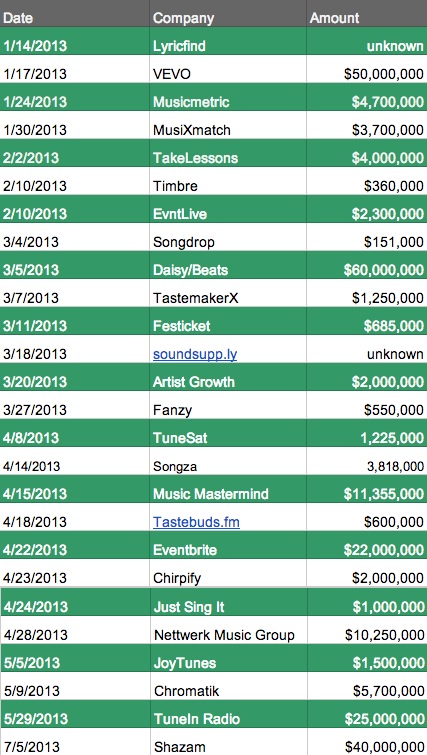