TakeLessons: Does the World Need a Marketplace for Music Lessons?

Uber helps you find a town car in your area. Airbnb will find you an apartment in an area you’re visiting. TaskRabbit will find an errand boy hovering in the vicinity.

But can that type of online marketplace transform music lessons, where the teacher-student relationship is critically important?  Is this the same as getting a ride or renting a pad? 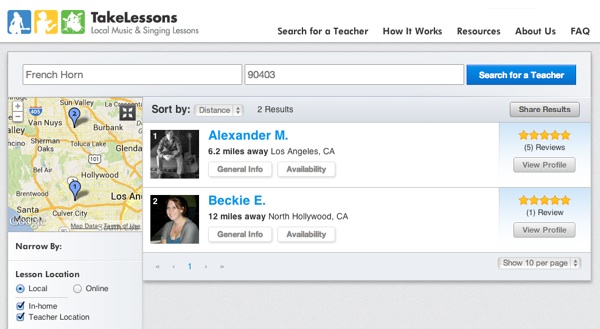 Enter TakeLessons, a search engine that finds teachers in your region and believes an internet marketplace can transform music education.  TakeLessons (at takelessons.com) now has more than $12 million in cumulative financing to prove it (with $4.4 million of it coming earlier this year).

The seemingly-obvious concept has been around since 2006, though net-connected marketplaces are finally entering their prime.  According to the company, TakeLessons in now doubling its year-over-year volumes, including a 124 percent increase in April.  Already, the San Diego-based company has hired 7,000 teachers, served 30,000 students, and delivered more than 400,000 lessons. 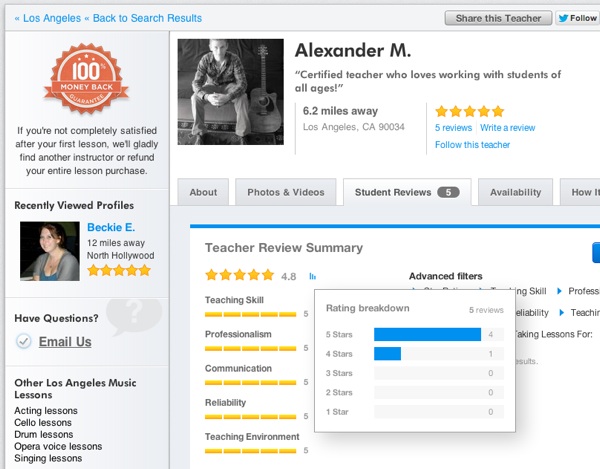 All of which suggests that the age-old music lesson could be getting overhauled by the online marketplace.  Just like everything else.