Indie Music Retail Sales Are Up 44% In the UK…

This could certainly be a blip, especially since there are less then 300 indie music retailers left in Britain.  Then again, maybe those are the 300 that ultimately survive. 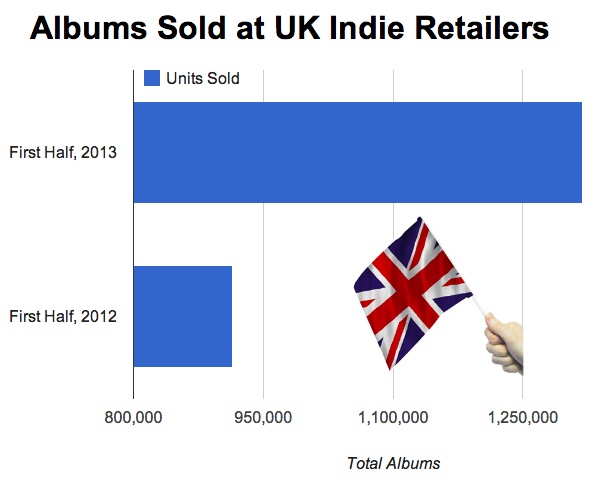 Which might mean that the indie stores that haven’t closed may never close if the trend keeps up.  “The significance is that it comes against the background of decades of retrenchment for the indie sector,” said ERA executive Steve Redmond emailed.  “It suggests that despite the over-hyping of the ‘vinyl revival’, there is indeed a niche big enough to allow the UK’s remaining independents to flourish.”

Here’s a quick look at what happened between January and July, according to the Entertainment Retail Association (ERA).

In the background are vinyl LPs, which are now mostly sold at indie retailers.  Consider these stats (also from the ERA): indie music retailers account for just 3.2 percent of total music sales, but more than 50 percent of total vinyl LP sales.  In fact, one in seven purchases at an indie retailer is now vinyl, compared to 1 in 250 for everyone else. 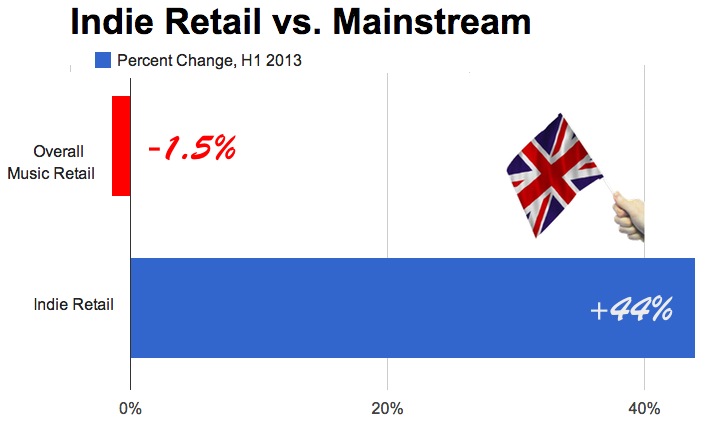 And here are just some of the artists powering the turnaround (on vinyl, or otherwise)… 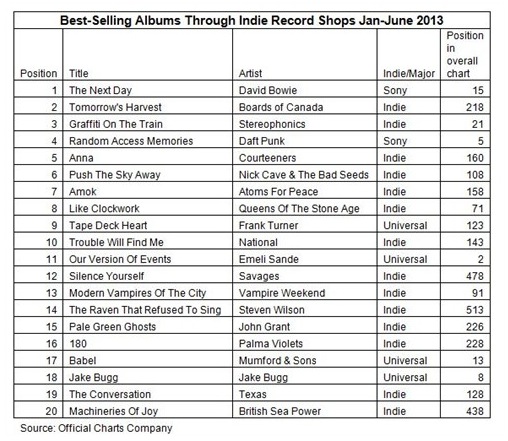 Written while listening to Boards of Canada.